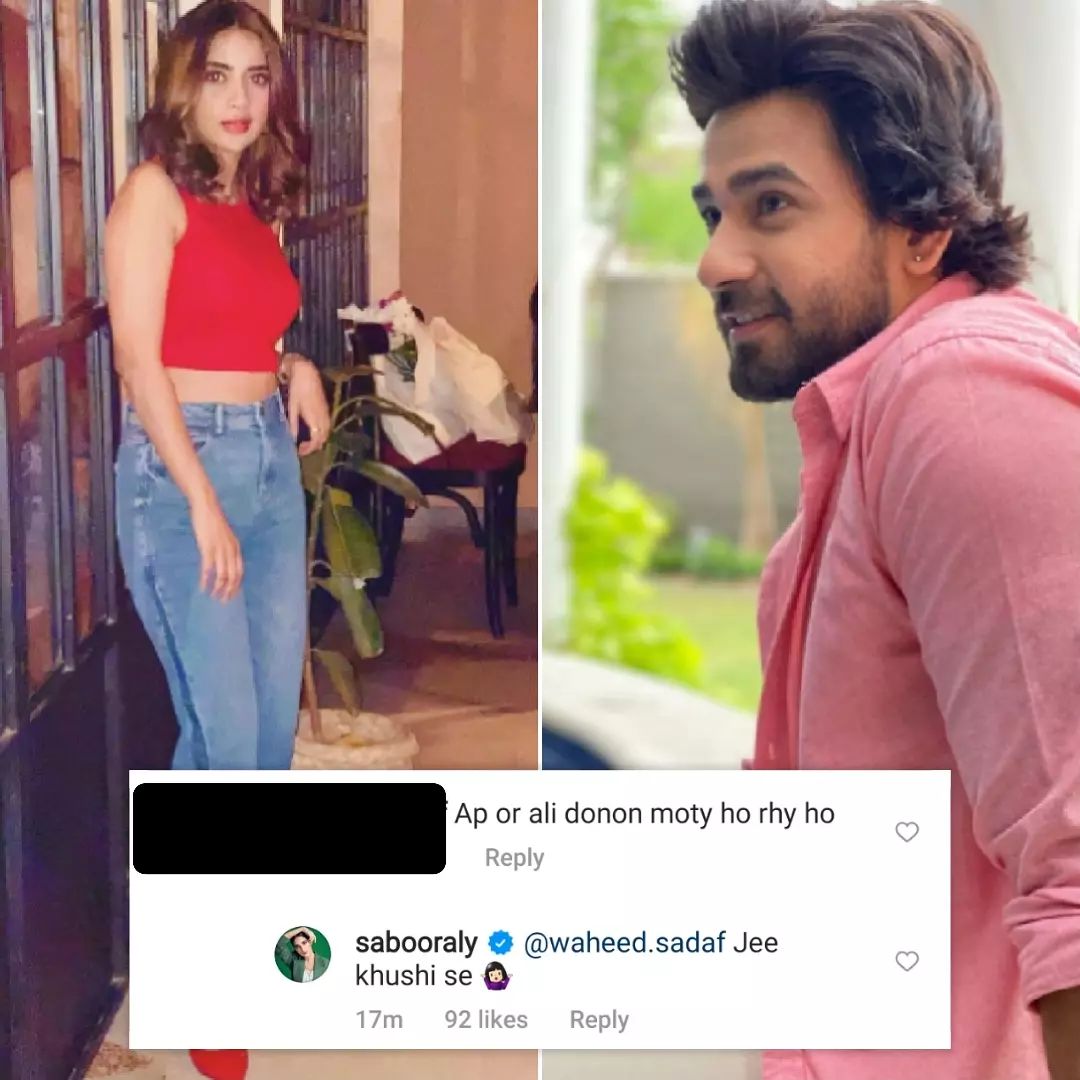 Leading actress from Pakistan showbiz industry Saboor Aly recently gave a scathing reply to a user who was body-shaming her and her fiance Ali Ansari, going viral on social media.

However, Saboor Aly shared an image of her on Instagram in which she was wearing a red top and skinny jeans and the user took exception to it. The user called the couple fat in the comments section. “Ap or ali donon moty ho rahy ho, [you and Ali both are getting fat]” the Instagram user commented to which she replied with “Jee khushi see” (happily).

Moreover, Saboor Aly is a Pakistani actress who appears in Urdu films and television series. The younger sister of actress Sajal Aly, she began her acting career with a supporting role with her sister in the family drama Mehmoodabad Ki Malkin but garnered recognition with a comic role in the sitcom Mr. Shamim.

Saboor Aly and Ali Ansari got engaged back in May and took to Instagram to share images of the joyous occasion. “With the blessings of our families I’m ready to jump into a new life with an amazing person, ” wrote Saboor. 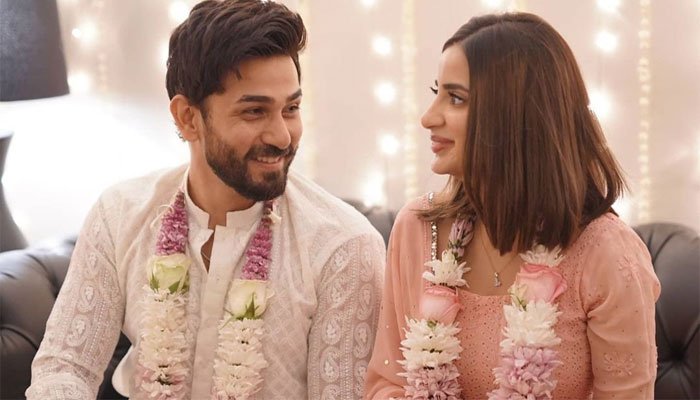