PTI to face defeat in next general elections: Hamza 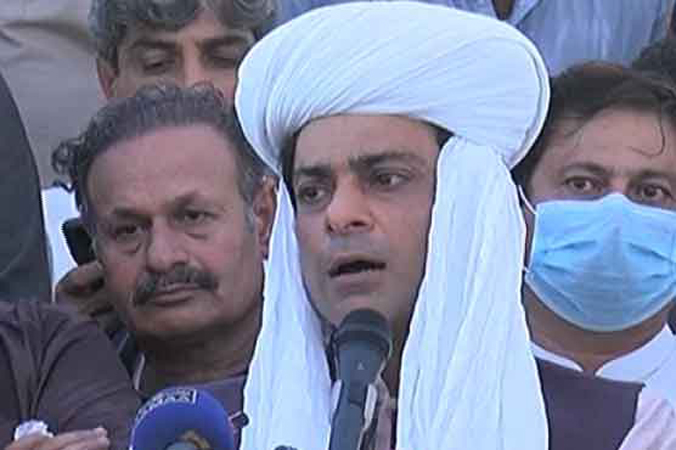 Pakistan Muslim League-Nawaz (PML-N) leader and Opposition Leader in Punjab Assembly Hamza Shahbaz has said that those who have thrown people into a sea of inflation will be held accountable in the next elections, and the people will not vote for the PTI in 2023 elections.

Addressing a workers convention, opposition leader in Punjab Assembly said that the prices of electricity and fertilizers have skyrocketed in the country. He said that the development work in Rajanpur took place under the PML-N government only, adding that if given an opportunity, PML-N will transform Rojhan-Dera Ismail Khan Road into an expressway.

Hamza said that the present government has abolished the 30% quota for the youth of South Punjab. The PML-N leader said that electricity prices have doubled and today the farmer is worried as a sack of fertilizer has gone up from Rs 2,300 to Rs 7,000.

He said that this oppression is not with the farmers but with Punjab, adding that if Allah Almighty gave PML-N an opportunity, it will work day and night for the development of the farmers. “We served the people of South Punjab, during flood, my father Shehbaz Sharif had set up his camp here,” he recalled.