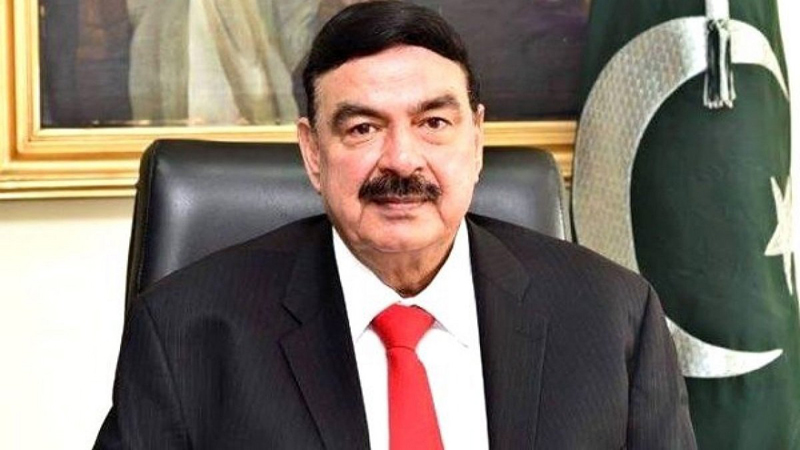 Days after Prime Minister Imran Khan confirmed in an interview with TRT World that talks with some factions of the Tehreek-i-Taliban Pakistan (TTP) are underway, Interior Minister Sheikh Rashid Ahmed on Monday expressed ignorance about the government holding talks with the banned outfit.

“The Ministry of Interior has no role in this [talks with the TTP], and if the Taliban are engaged in any dialogue then it is not in my knowledge,” he said at a press conference in Islamabad. He said that the decision to hold talks with some factions of TTP was Prime Minister Imran Khan’s. “Negotiations will be done with only those who lay down their arms and recognise the constitution,” he said, adding that “nothing is final as to how this will end up”.

To another question about whether he wanted talks to be held with the TTP, he replied that decisions on such matters were taking “at the highest level” by the prime minister. “The Ministry of Interior does not make these decisions,” he reiterated.

Acknowledging that army soldiers had been sacrificing lives in the fight against terrorism, he further stated that the prime minister had clarified that talks would be held with only those groups who would lay down their arms and would abide by the law and constitution of Pakistan. “Those who are terrorists and have caused harm to the country will not be engaged in dialogue.” Ahmed repeated that this was the prime minister’s decision and his ministry was not involved in the matter.

Responding to a question about Pandora Papers — which is a huge tranche of leaked data on offshore companies that is larger in size and scope than the Panama Papers and names 700 Pakistanis, including ministers, politicians, and businessmen — Rasheed said that PM Imran Khan has “shut everyone’s mouths” by pledging investigations against those named in the investigation. “There is nothing new in Pandora Papers,” said Rasheed.

Moreover, while speaking about providing visas to Afghan citizens, Rasheed said that the online visa service for Afghanistan will be launched within three weeks. “20,000 Afghan citizens have arrived in Pakistan since August 15,” said Rasheed.

He added that the Federal Investigation Agency (FIA) has been directed to launch a crackdown against the individuals involved in conning dollars. The FIA has also made some arrests, he added.

The minister also announced the addition of 10,000 personnel in the police department.

He also announced the launch of an online visa service for Afghanistan in three weeks, which would replace the visa-on-arrival system. He further said 20,000 people from Afghanistan had entered Pakistan since August 15 and 6,000 had left for the former.

The minister added Integrated Border Management Systems had been installed at 16 terminals at the Chaman border and the system would later be installed at five more terminals.