All corrupt elements will face the music sooner or later: Haleem 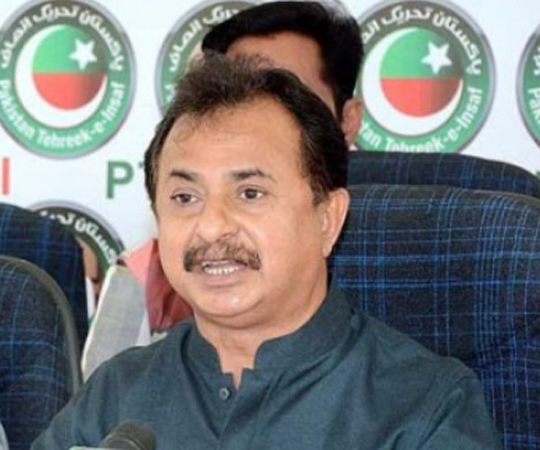 Leader of the Opposition in Sindh Assembly Haleem Adil Sheikh, Monday, said that whoever is found involved in corruption would face the music.

He said Prime Minister Imran Khan is a honest and righteous leader who from the first day had clear stance against the corruption.

Addressing a press conference along with Balochistan Assembly Deputy Speaker Sardar Babar Khan Moosakhel at Sindh Assembly Building, he said that legal action would be taken against Pakistanis who have set up off shore companies.

The Deputy Speaker Balochistan Assembly Sardar Babar Khan Moosakhel, visited the provincial assembly and held a meeting with leader of the opposition in Sindh Assembly.

Sardar Babar Khan Moosakhel said that federal government was carrying out enormous development works in the province, road connectivity was improving and law and order situation was under control.

He hoped that initiatives of federal government would prove pivotal in ameliorating economic states of the people of Balochistan.

Babar Khan Moosakhel said that roads were the major issue of Balochistan- the largest province of Pakistan- and the same was resolved to a greater extent with personal interest and endeavour of Prime Minister Imran Khan.

He said that people of Sindh extended warm welcome and affection during his visit.

He expressed pleasure on visit of Sindh Assembly saying that it was the first assembly that passed a resolution for an independent state for Muslims of Sub continent.

Sardar Moosakhel also appreciated PTI Sindh leadership for extending assistance to people of the province in difficult times. Moosakhel said that Haleem Adil Sheikh was a popular leader who was striving for welfare of the people and always raised voice for poor and destitute people.

Haleem Adil Sheikh, while speaking at the occasion, said that during COVID-19 and lockdown PM Imran Khan provided an assistance package of Rs 260 billion and deserving people got Rs 12000 per head as cash support just through a SMS.

A welfare state, economic stability and prosperous people are dreams of Imran Khan who is working day and night to realise the objective of developing Pakistan on the lines of State of Madinah, Haleem Adil said.

To support 3.7 million low income population of the country PTI government has started ‘Kamyab Pakistan’ program worth Rs1,400 billion, he said and hoped that the program would contribute in government’s efforts aimed at poverty alleviation and empowerment of vulnerable groups.

Under 5 different segments of Kamyab Pakistan program including Kamyab Kisan and Kamyab Karobar program farmers and traders would be able to get interest free loans, he stated adding that house financing, health card and merit based scholarship programs would also be merged into Kamyab Pakistan Program.

Haleem Adil Sheikh said that in previous months petroleum prices increased 100 per cent throughout the world but in Pakistan only 22 increase was allowed. The POL price in India was double than Pakistan, he added.

Owing to Corona pandemic global wheat and sugar prices increased 37 and 40 per cent respectively and Palm oil rise 80 per cent while in Pakistan those prices were relatively lower, he noted adding that Pakistan imports Palm oil and its rising prices were major reason of hike in the domestic price of cooking oil and ghee.