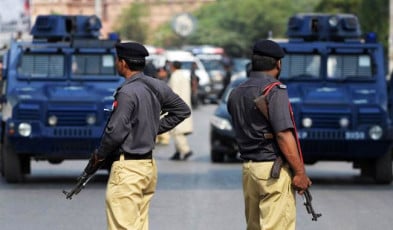 KARACHI: On Monday, the police have sorted out the alleged abduction of a Grade-20 officer of the Balochistan government in Karachi, Daily Times reported.

“He was not kidnapped,” the police officer said. “Aslam Tareen was unwell when he left home to offer prayers,” SSP East said. “While on his way to mosque Aslam Tareen fell to become unconscious due to low blood pressure,” he added.

“A team of the Rangers found him and transferred him to hospital,” the police officer said. “Police officials on information rushed to the hospital and arranged his medical tests,” SSP Jiskani said. “After the improvement in his health he will be further inquired about the incident,” he added.

Imranullah, a son of Mohammad Aslam Tareen, had registered a complaint in the police station expressed apprehension that someone had kidnapped his father.

“My father has been a Grade-20 officer of Balochistan government. Yesterday he left home to offer prayers, but didn’t return,” Imran said in his complaint to police.

“A CCTV footage has shown him going out of the guest house but not yet returned,” the son further said. “I think he has been abducted by unidentified culprits for some unknown reasons,” he said.