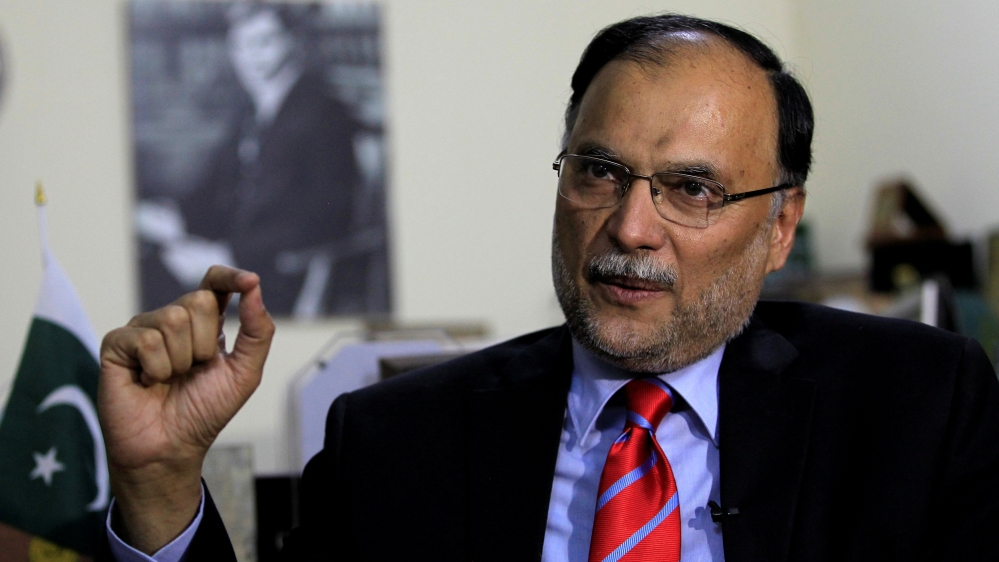 ISLAMABAD: Opposition leaders are demanding the resignation of Prime Minister Imran Khan following the revelations made in the Pandora Papers.

A huge tranche of leaked data on offshore companies that is larger in size and scope than the Panama Papers, hit the global headlines Sunday night, laying bare the financial secrets of the global rich and powerful, including Prime Minister Imran Khan’s cabinet members, financiers, retired generals, media owners and businessmen.

The names of more than 700 Pakistanis are in the data. The majority of them are also tax residents in this country.

He said that the leader who used to present himself as sadiq and ameen has two more offshore companies.

He was speaking to the media in Narowal. The PML-N stalwart said that even before the Pandora Papers were released, government spokespersons had started defending PM Imran Khan.

The premier, he said, is “misleading” people by blaming the COVID-19 pandemic for inflation in Pakistan. “Inflation persists due to the government’s poor economic policies,” the publication reported him as saying.

Iqbal asked the government to make public details from the Toshakhana pertaining to the gifts received from foreign dignitaries. “This corrupt, incompetent, unworthy government has no right to remain in power”, he said. Adding that there is “something not just fishy, but super fishy going on.”

PM Imran Khan wore a “cloak of honesty” and “fooled” the people, Iqbal said, adding that the premier eroded Pakistan’s respect and pride.

In a post on Twitter, the PPP leader said we all know that slogans of “corruption, free Pakistan and accountability” are all hollow and a way to target the opposition.

“Will the Prime Minister go to the Supreme Court against his people? Or will a report be called for like in other scandals?” Rehman asked.

Prime Minister Imran must ensure investigation of ministers and other people around him mentioned in the Pandora Papers in the same way he did in the case of Nawaz Sharif, said Muhammad Zubair.

People are maligning the name of Junaid Safdar. It to divert attention from the names of people who are part of the PTI government.

Ali Dar, he said, is not a resident of Pakistan, so his name must not be repeatedly mentioned.

The names of 700 Pakistanis, including government ministers and advisers, have appeared in the Pandora Papers.

The JI chief said that ministers and advisers should resign if their names are there in the Pandora Papers.

He said that for transparency in the investigation and to avoid government influence, it was necessary to remove the government employees whose names are in the list.