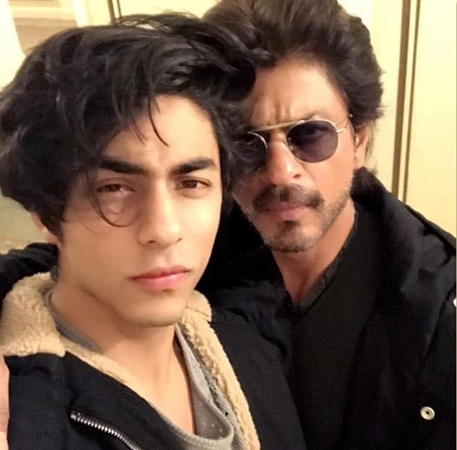 The Narcotics Control Bureau (NCB) has arrested Shah Rukh Khan’s son Aryan Khan on Sunday, October 3, hours after he was detained in a drug bust.

On Saturday night, NCB officials raided a cruise ship off the Mumbai coast where they detained eight people including Aryan Khan on possession of drugs.

According to reports, lawyer Satish Maneshinde will be representing Aryan Khan in this matter. Maneshinde is currently speaking with the NCB office in Mumbai.

The NCB officials are expected to scan Aryan Khan’s mobile phone to check for traces of his direct involvement in the possession or consumption of drugs.

After the Narcotics Control Bureau busted an alleged rave party and seized several drugs and detained several people, one of whom was Shah Rukh Khan’s son, actor Suniel Shetty has spoken up on the subject and asked for fans, media to ‘let the boy breathe’.

Suniel Shetty told ANI, “The fact is, whenever there’s a raid, many people are taken. We assume that this child has consumed something, or this child has done that.

The investigation is underway. Let’s give that child a breather. Whenever something like this from our industry happens, the media cracks down on it and we make assumptions, give the child an opportunity, let the real reports come out, till then, he’s a child, taking care of him is our responsibility.”

An officer said the statements of those detained are being recorded under section 67 of the Narcotic Drugs and Psychotropic Substances (NDPS) Act, following which the future course of action will be decided. An NCB official confirmed that Aryan Khan is being questioned, but he has not been charged.