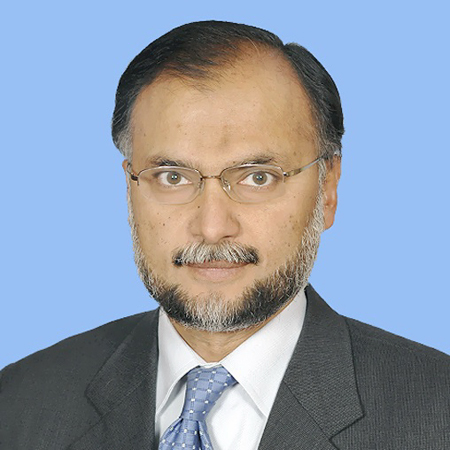 PML-N Secretary-General Ahsan Iqbal, while speaking to media in Narowal on Sunday, said that the Pandora leaks have “opened a new Pandora’s box” when it comes to ‘Imran Niazi’.

“That leader who used to present himself as sadiq (honest) and ameen (trustworthy), has two more offshore companies,” Iqbal claimed, adding that even before the data having been released, the government spokespersons “have begun defending him”.

Iqbal said that the prime minister is “misleading” people by saying the inflation in the country is a consequence of the coronavirus pandemic. “Inflation persists due to the government’s poor economic policies,” he said.

Iqbal demanded that the government make public details from the Toshakhana pertaining to the gifts received from foreign dignitaries. “This corrupt, incompetent, unworthy government has no right to remain in power,” he said. “There is something not just fishy, but super fishy going on,” he added.

The PML-N leader, referring to PM Imran Khan, said that he put on a “cloak of honesty” and “fooled the people, all the while eroding Pakistan’s respect and pride”.