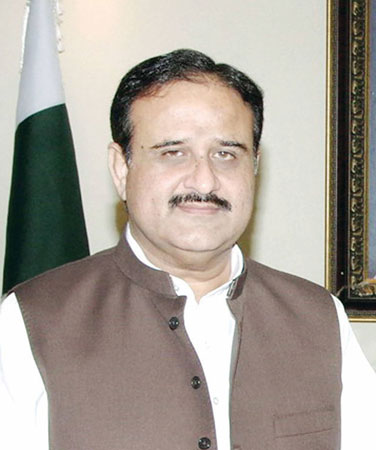 Punjab Chief Minister Sardar Usman Buzdar Saturday said the Pakistan Tehreek-e-Insaf (PTI) government had introduced the culture of transparency in development projects, adding that Prime Minister Imran Khan was the only hope of the nation for redress of their grievances.

He was talking to Members of National Assembly (MNAs) from different constituencies who called on the Punjab chief minister and discussed overall political situation of the province and different public issues. They also gave recommendations and suggestions to the CM on various development affairs.

CM Usman Buzdar said that the achievements of Prime Minister Imran Khan and his emergence as an international leader had disturbed the opposition. The politics of corruption and embezzlement had now become part of the past, he added.

Usman Buzdar reaffirmed that for the public service, he would visit every nook and cranny of the province. Projects of water supply and drainage would be completed in all major and small cities.

He said due importance had been given to the opinion of women assembly members in development projects as well.

Moreover, Buzdar chaired a meeting to review annual development projects and other departmental affairs of agriculture and livestock departments.

Speaking on the occasion, he ordered for not taking the fee of ‘Fard Malikiyat’ [possession deed] for issuance of Kisaan card to the cultivators. He said that 472,000 Kissan cards had so far been issued to farmers for digital subsidy, and these numbers would reach one million by the end of the current fiscal year.

He said 1,590 input dealers of Kissan card were working across the province. He said that under the national programme, the projects were being carried out to achieve the maximum production of wheat, sugarcane and rice crops.

The scope of drip irrigation and solarisation projects was being extended gradually, he said and termed the agriculture transformation plan a revolutionary programme in the agri-history of the province. He also ordered for paying attention to olive cultivation in southern Punjab.

The meeting was informed that agriculture researchers of the department have introduced 31 new types of wheat, which have the ability to cope with water shortage and diseases. New variety of palm have also been introduced in the province, he added. Meanwhile, Spokesman of the Punjab government Fayyazul Hasan Chohan said after Sehat and Kisaan card, the PTI government had made a history by introducing Mazdoor card which would revolutionise the living of common man.