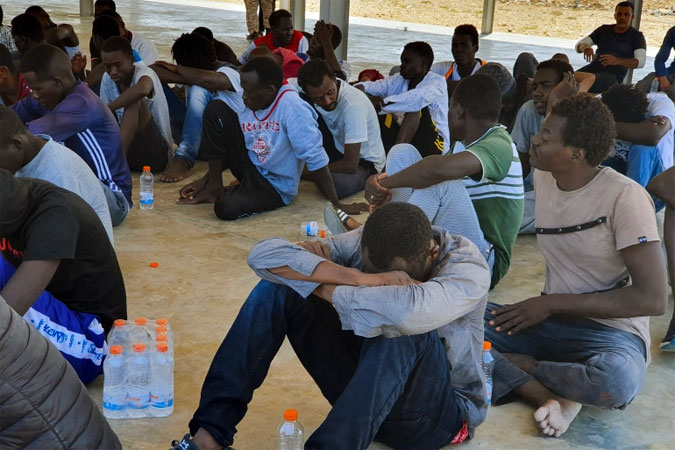 A major crackdown in western Libya has resulted in the detention of 4,000 migrants, including hundreds of women and children, according to officials.

The raids took place on Friday in the western town of Gargaresh as part of what authorities described as a security campaign against undocumented migration and drug trafficking. The interior ministry, which led the crackdown, made no mention of any traffickers or smugglers being arrested.

Officials said on Friday that 500 undocumented migrants had been detained but on Saturday reported that number had reached 4,000.

Gargaresh, a known hub for migrants and refugees, is about 12km (7.5 miles) west of the Libyan capital, Tripoli. The town has seen several waves of raids on migrants over the years, but the latest one was described by activists as the fiercest so far.

“We are hearing that more than 500 migrants including women and children have been rounded up, arbitrarily detained and are at risk of abuse and ill-treatment,” said Dax Roque, Libya’s director of the Norwegian Refugee Council, in a statement on Friday.

“Migrants and refugees in Libya, particularly those without legal residency in the country, are often at risk of arbitrary detention. Torture, sexual violence, and extortion [are] rampant in Libyan detention centres,” the statement added.

The prisoners were gathered in a facility in Tripoli called the Collection and Return Center, said police Colonel Nouri al-Grettli, head of the facility. He said the migrants have been distributed to detention centres in Tripoli and surrounding towns.

A government official said authorities would “deport as many as possible” of the migrants to their home countries.