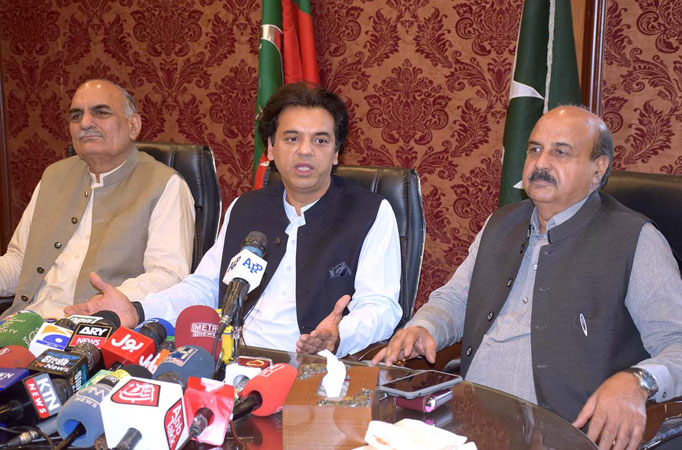 Special Assistant to the Prime Minister on Youth Affairs Usman Dar Saturday said that the Pakistan Muslim League-N (PML-N) was facing an internal fight for power in the party rank and file which was dividing the party leaders and workers.

The SAPM said that in the upcoming general elections, the PML-N would shatter like a house of cards.

Dar said that three PML-N members of provincial assembly (MPAs) were in contact with the PTI in Sialkot and their names would also be disclosed in a few days.

Some days ago, Shehbaz Sharif tried to prove himself the world’s most honest man in a press conference, though he had nothing to do with the British court case, Dar added.

He said that under the Kamyab Jawan Programme, interest-free loans were being issued. The government was going to give targeted subsidy to the deprived class, which would provide relief to them, he added.

He said that corruption would never be tolerated and the PTI government would not support corrupt people at all.

Keeping in view the needs of the next 30 years, work had begun on city master planning, he said. The SAPM said that in Sialkot, 53 schools had been upgraded and given the high school status. Dar said that after a detailed audit, Rs12 million were recovered from the Education Department Sialkot.

He said that 1,878,000 people have been vaccinated against corona in Sialkot district.