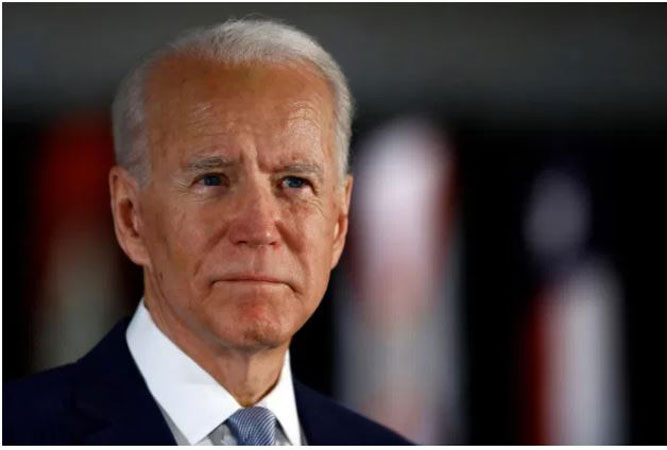 President Joe Biden was headed to Congress on Friday to energise Democrats negotiating for a second day on getting his domestic spending agenda off the ground — or risk crippling political failure. “The president will travel to the Hill to speak with members of the House Democratic Caucus this afternoon,” the White House said.

The unusual presidential visit to Capitol Hill follows weeks of trips by party leaders in the other direction to the White House as Biden tries to get two ambitious spending plans passed into law.

One would funnel $1.2 trillion into repairing infrastructure and the other would allocate even more for education, childcare, and promoting clean energy — a spending spree that Biden says would restore America’s battered middle class.

In political terms, Biden’s legacy is at stake and so probably are the Democrats’ chances of keeping control of Congress in midterm elections next year.

However, on Thursday, a game of chicken between moderate Democrats and more leftwing members over the bills ended in stalemate. Their razor-thin majority in Congress means that even a few defections are enough to prevent votes from succeeding. Republicans — not least the man Biden defeated yet who continues to lie that he was cheated, Donald Trump — are watching the Democratic infighting with undisguised glee. House Speaker Nancy Pelosi declared a pause late Thursday but the White House insisted this did not mean defeat. “We are closer to an agreement than ever, but we are not there yet, and so, we will need some additional time,” Biden’s press secretary, Jen Psaki, said.

The impasse on the Democratic side is rooted in political differences over how much the government should spend, but also on the sheer lack of trust between competing factions. On one side, moderate Democrat senators Joe Manchin and Kyrsten Sinema — popularly dubbed the “Manchema” duo — refuse to back the proposed $3.5 trillion price tag for the social spending package.

They do, however, support something more modest, with Manchin proposing $1.5 trillion. They also have already voted in favor of the separate $1.2 trillion infrastructure bill. Over in the House, a younger, fiery generation of more leftwing representatives insist on keeping the $3.5 trillion number for social spending, or at least something close.

And to maintain negotiating leverage, they are refusing to back the otherwise popular infrastructure bill, saying this can only come once they know they have the social spending one in the bag.

Biden, who spent nearly four decades in the Senate and also spent eight years as Barack Obama’s vice president, has a lifetime’s experience in Washington’s ways. But despite intense outreach to the party, accelerating with Friday’s in-person visit to the Capitol, he has yet to find a solution. On Friday, Pelosi must decide whether to try again to get a vote on the infrastructure bill, despite the risk that the progressives will kill it. Alternatively, she could put everything on ice to buy time for crafting an overall agreement on the two bills.

A delay might also allow a breathing period while Congress focuses on yet another enormous challenge — authorizing a now ritual annual increase in the US national debt. Usually this is not a complicated issue. This year, though, Republicans are refusing to join Democrats in granting authorization, while Democrats argue they should not have to bear responsibility alone.