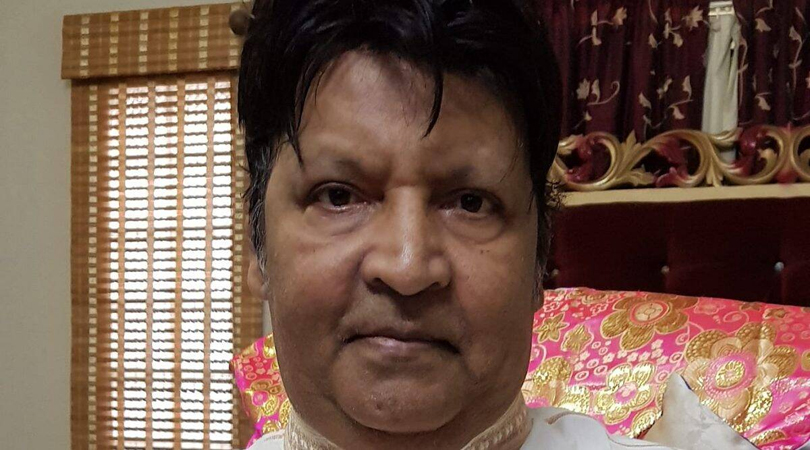 After hearing about the demise of legendary comedian Umer Sharif on Saturday, members of showbiz fraternity expressed their condolences.

Sohail Ahmed said that Umer Sharif had entertained people across the sub-continent. Big personalities used to wait to have one glimpse of this kind-hearted person, he added.

Sohail Ahmed said that Umer Sharif was a loving and caring person as he was also guardian of many children in his family.

He prayed for the peace of the departed soul and urged the government to allocate funds and other facilities for such artists.

Actor Javed Sheikh said that he was shocked to hear the news of Umer Sharif’s death as the legendary comedian was one of his closest friends. Umer was father of comedy and no one can attain that level, he added.

Humayun Saeed, while expressing sorrow over demise of Umer Sharif, said that he was one of the best actors and used to spread laughter even in real life. Whenever someone from abroad visited Pakistan, he always expressed desire to meet the legendary comedian, he added.

Singer and actor Ali Zafar, while paying tribute to Umer Sharif, said that there are very few people who can match status of Umer Sharif. We should never forget about the services of the comedy king, he emphasized.

“Complete loss of words on passing away of the legendary Umar Sharif sahab. May Allah grant him the highest place in Jannah and give his family peace. Ameen”, he tweeted.

Host of an Indian comedy show Kapil Sharma, also expressed grief over sad demise of Umer Sharif in a tweet and said “Alvida legend may your soul Rest In Peace”.

Meanwhile, Indian singer Daler Mehndi said Umer Sharif will always be remembered and that no one can fill the gap left by him. He also thanked Prime Minister (PM) Imran Khan for making all the possible arrangements for the medical treatment of the artist.

It merits mention that veteran comedian Umer Sharif passed away at the age of 66 years after prolonged illness. The artist was set to resume his journey today to United States (US) for medical treatment.

Umer Sharif was admitted to a hospital in Germany’s Nuremberg on September 29 as his health condition deteriorated during flight to the United States.

Born on April 19, 1955, Umer Sharif was a Pakistani actor, comedian, director, producer and television personality. He started started his career from Karachi as a stage performer at the age of 14 in 1974.

The artist was also honoured with three Graduate Awards. He was also a recipient of Tamgha-e-Imtiaz.