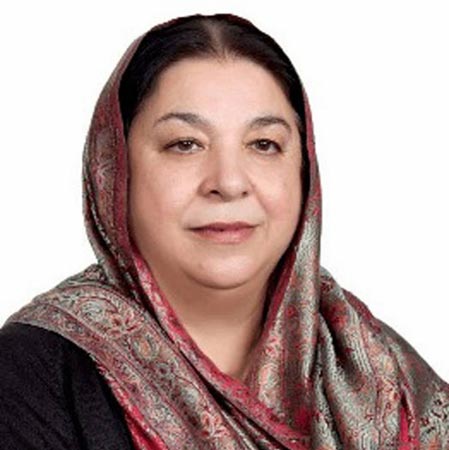 LAHORE: On Sunday Minister for Health Punjab Dr. Yasmin Rashid warned that Lahore is at the highest risk of dengue outbreak.

The minister said evidence of dengue larvae had been found in 71,000 households, the number of dengue patients in DHA is high, and rainfall increases the threat of dengue larvae spread. During the last 24 hours, at least 181 cases of dengue were reported from across Punjab, and of these 131 cases were reported from Lahore alone. Separate counters have been set up at government hospitals for dengue patients, she said. The Minister said, because of change in weather the dengue cases had witnessed an increase.

While speaking about the fake coronavirus vaccine entry in the name of former prime minister Nawaz Sharif, the health minister termed the matter a “big conspiracy”. “Authorities are probing the matter,” she said and claimed 9,000 fake entries were made. Punjab Minister for Catastrophe Administration Mian Khalid Mehmood had on Friday directed the Provincial Catastrophe Administration Authority (PDMA) to make sure early preparations for controlling the unfold of dengue.

Presiding over an evaluation assembly of the PDMA’s measures to prevent dengue, he said that the current weather conditions could lead to an increase in dengue fever, and the period from mid-September to early December after the monsoon was typically favorable for dengue. The minister said that normal hours of dengue assaults had been recorded two hours earlier than dawn and two hours after sundown. Mehmood further said, “We must take precautionary measures against dengue during these times and ensure control over all stimuli that may lead to an increase in dengue growth.”

According to the meteorological department, there was a possibility of a rapid increase in dengue growth in Rawalpindi, Faisalabad, and Multan during October-November due to which dengue fever outbreak in these areas can intensify, he warned.