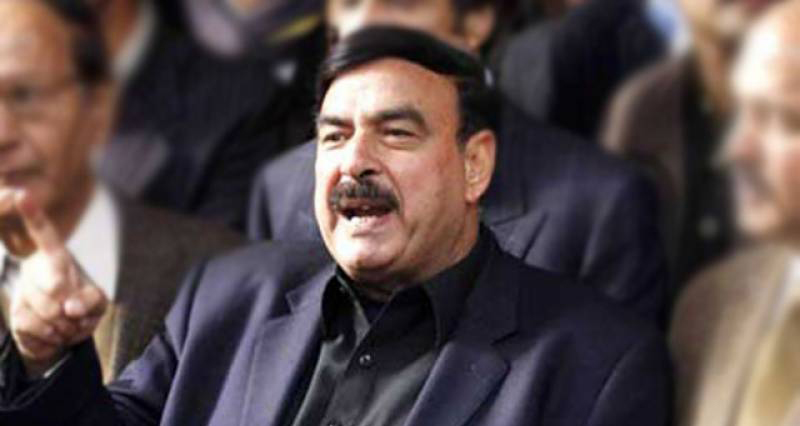 KARACHI: Federal Minister for Ministry of Interior Sheikh Rasheed Ahmad said that controlling inflation was the top priority of the government and it had vowed to overcome the issue soon.

He expressed such views while talking to media persons here at the Jinnah International Airport on Saturday. Federal Minister told that it was the national duty of the government to provide food items and medicines at affordable rates to the masses. Sheikh said that the petrol prices were much less as compared to India and Bangladesh, adding that the prices of petroleum products will fall, if they reach a deal with Saudi Arabia, he added. On the hoarding of dollars, the minister added that the FIA has been directed to crack down on hoarders of dollars.

Sheikh Rasheed Ahmed emphasized that Pakistan wanted good relations with the US and China. Talking about the crisis in Afghanistan, he said that Pakistan would extend all possible support in talking the crisis. the government will only hold talks with those who surrender, he told. He clarified that the case of those involved in the massacre of the Army public school was different. We know who is good and who is bad, the minister for interior told, maintaining that it is not appropriate to fight with those who surrendered to adopt peaceful lives.

Reply to a question, the federal minister revealed that the leadership of PPP was intelligent as it had boarded the Samjhauta Express, adding that the PML-N would also board the train but after being thrashed. On the appointment of Chairman of NAB, he told that there was no need to take the opposition into confidence over the appointment of the chairman of the National Accountability Bureau (NAB) as they were also facing corruption cases. They would fight with the enemies of the country and vowed to eliminate the menace of terrorism from the country at all costs, he reiterated.