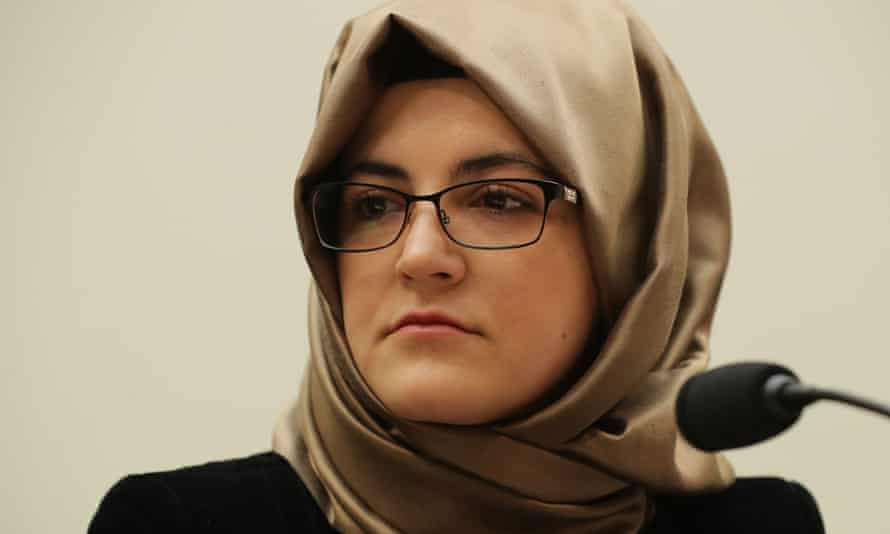 On Khashoggi’s third death anniversary, his fiancée Hatice Cengiz moved to Washington for a protest outside the Saudi embassy and an evening vigil near the US Capitol where she showed a portrait of Khashoggi made out of newspaper columns.

“Is this what the accountability that Biden promised looks like?” she asked at the candlelight vigil organized by pacifist groups.

“MBS took Jamal from me and the entire world. Will you hold him accountable or will you reward these murderers?” she said, referring to the 36-year-old heir apparent by his initials.

Jamal Khashoggi, a Saudi journalist who lived in self-exile in the United States, wrote extensively against MBS in columns in The Washington Post.

On October 2, 2018, he entered the Saudi consulate in Istanbul to file paperwork to marry Cengiz, who is Turkish. According to news reports, he had been dismembered with a bone saw inside the consulate, and later declared a missing person.

US president at the time Donald Trump didn’t pay heed to the murder but was more interested in forcing Saudi Arabia to buy US weapons and intensify hostility toward Iran.

On the other hand, Biden had pledged to impose sanctions on Saudi Arabia.

Abdulrahman al-Sadhan, the sister of Hatice Cengiz and a Red Crescent aid worker who was arrested in 2018 and earlier this year was handed a 20-year sentence after criticizing the Saudi leadership through an anonymous Twitter account, also addressed at the evening vigil.

“They tortured him so bad, they almost killed him. They broke his hand and smashed his fingers until they were disfigured, saying, ‘Is this the hand you tweet with?'” said his sister Areej al-Sadhan, who lives in California.

She said she was optimistic that the new US administration’s pressure would win her brother’s release but that changed after Biden let MBS “off the hook.”