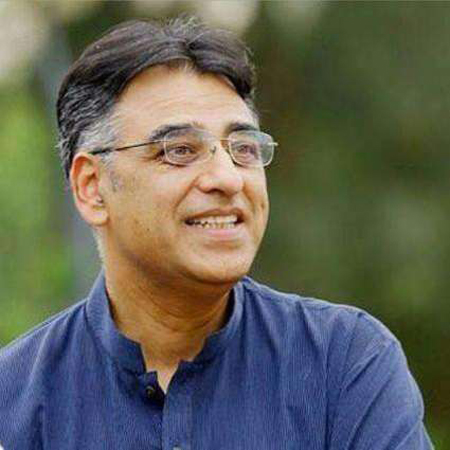 In the meeting, the four projects including Establishment of the China Pakistan Joint Research Center on Earth Science; Acquisition of Oceanographic Research Vessel; Establishment of the Institute of Smart Semi-conductor and Establishment of Silicon Solar Cells; and “PV Panel Fabrication Facility of 500 MW per annum which were made part of CPEC in the 10th JCC meeting were reviewed and discussed in detail.

Federal Minister Asad Umar directed that action plans for these projects to be finalized within 30 days and submitted at the earliest.

Shibli Faraz said that with the joint efforts of both countries, Science and Technology applications should be used to accelerate the growth of the economy and solve the problems of the citizens.

He further said that a proper plan and strategy was needed with a regular monitoring system so that Pakistan can obtain maximum benefit from the technology and expertise of the Chinese side.

In another meeting held on the same day sectors related to the newly formed JWG on Information Technology, recently approved by JCC were discussed in detail.

Federal Minister for Information Technology Aminul Haq said in the meeting that IT is the future of Pakistan and in the last one or two years, Pakistan has witnessed rapid growth in this sector.

Pakistan’s software exports increased almost 47pc in the Information Technology sector. This sector now will further develop and expand through technical collaboration with China. He said that there is also a need to launch new technical assistance programs for Pakistan to meet the professional requirements of the growing IT Industry in the country.