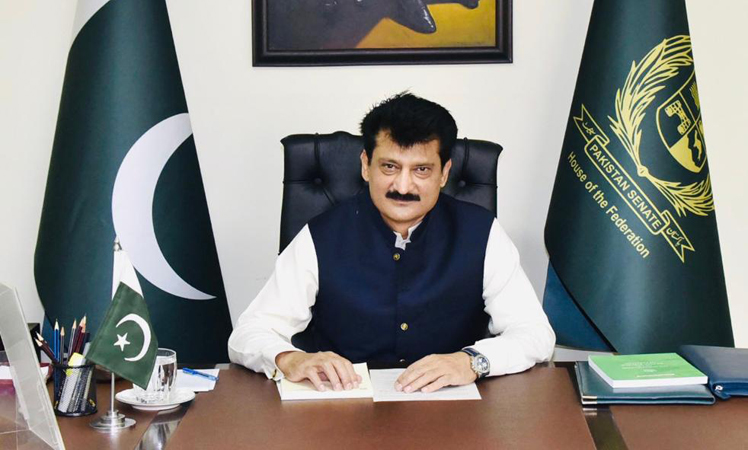 Leader of the House in Senate Dr Shahzad Waseem Tuesday said the government was gradually reducing levy and sales tax on petroleum (POL) products to provide relief to the common man.

Responding to a Point of Public Importance raised by Senator Mian Raza Rabbani in the Senate, he said the government had increased the prices of petroleum products in extreme compulsion due to the upward trend in the international market.

He said the whole world, even oil producing countries, were facing the problem of increased prices of crude oil, being sold at around $80 per barrel in the world market.

“The government always made utmost effort to pass on the minimum impact of the increased oil prices to the common man by bearing maximum impact itself, while rejecting the advice of substantial increase by OGRA,” he said.

Dr Shahzad advised the opposition members to avoid playing with the galleries and undue criticism of the government for political point scoring.

He was of the view that the opposition should show some seriousness towards the legislative business of and actively participate in the House proceeding instead of staging protest and raising slogans.

He said all ministers ensured their presence in the House to respond to the queries of lawmakers whether these were about the country’s foreign policy or financial issues.

Dr Shahzad assured the House the prices of petroleum products would be revised downward as the situation in the international market normalized.

He said the China-Pakistan Economic Corridor (CPEC) was a great project of national importance and everyone should be careful while commenting on it.

He said that the region was facing an external threat which he called the ‘great game,’ asking all political parties to exhibit greater responsibility to tackle such a situation. “There should be no compromise on our national interests.”

Earlier Senator Raza Rabbani expressed serious concern on the increased prices of petroleum products, fearing that it would bring a wave of uncontrolled inflation in the country and highlighting the miseries of downtrodden segments of the society.

Leader of the Opposition Yusuf Raza Gilani, Senators Sherry Rehman and Irfan-ul-Haque Siddiqui were also among those who spoke on the issue.

Later, the Pakistan People’s Party staged a walkout from the House saying they wanted to get the answer from Finance Minister Shaukat Tarin.