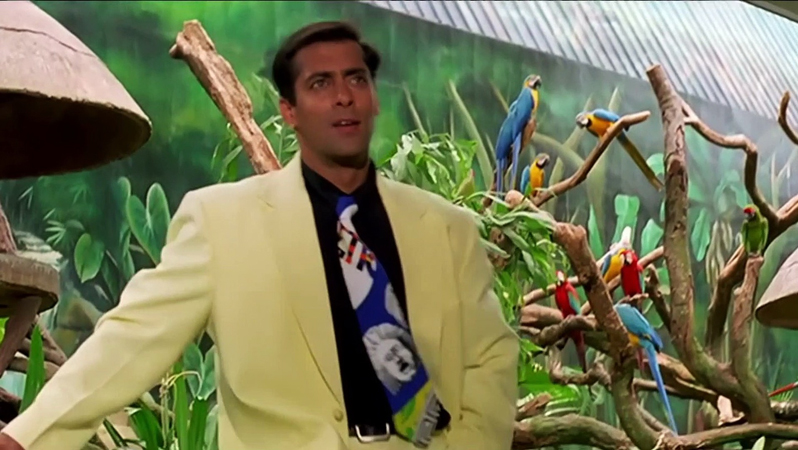 The controversial reality show Bigg Boss 15 is all set to premiere on Saturday and fans cannot wait for the Salman Khan-hosted show to entertain them every night.

The makers have been building up excitement among viewers with eye-catching promos and now they’ve shared a glimpse of the starry premiere night of the show.

In the latest promo, Salman Khan is seen dancing to his ‘Jungle Hai Aadhi Raat Hai’, a song from his 1999 film ‘Biwi No 1’ with Karisma Kapoor, Sushmita Sen. Along with him are dancers grooving to the song, dressed as jungle dwellers.

Towards the end, Salman Khan announces ‘Tiger is back’ and then mimicks a tiger by swinging his hand in front of him as if pawing the screen.

You can catch episodes of Bigg Boss 15 on Colors TV from Monday to Friday at 10:30pm.

On Saturday and Sunday, the show will air at 9:30pm; as every season Salman Khan will feature on the show and interact with the contestants on weekends.

There will be many exciting faces entering the Bigg Boss ‘mad house’ such as Karan Kundrra, Akasa Singh, Shamita Shetty, Nishant Bhat, Sahil Shroff and many more.