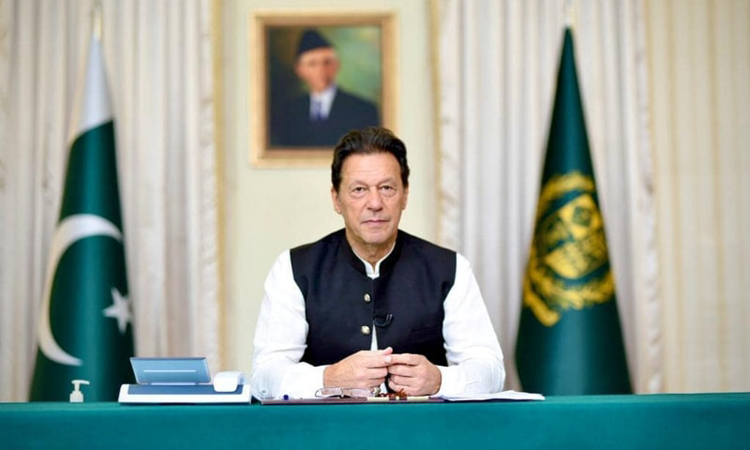 Prime Minister Imran Khan has said the government is in talks with some of the groups of Tehreek-e-Taliban Pakistan (TTP) to achieve peace and reconciliation.

“We are in talks with some of them so that we forgive them, they become normal citizens and there is reconciliation. There are different groups which form the TTP,” according to an excerpt of an interview by Prime Minister Imran Khan to TRT television, scheduled to be aired today.

The prime minister said the talks with TTP are taking place in Afghanistan. “I always believe as a politician that political dialogue is the way ahead which I always believed was the case in Afghanistan,” he said. To a question, Imran emphasized, “I do not believe in military solutions. I am anti-military solutions.” “We might not reach some sort of conclusion in the end, a settlement but we are talking,” he added.

A cessation in hostilities between Tehreek-e-Taliban Pakistan fighters in South Waziristan and the army was announced by the outlawed group in a statement on Friday evening. “Our leaders have asked all fighters to observe a ceasefire from Friday to October 20,” a TTP statement said.

The TTP said that their leaders are engaged in some “secret talks”, without elaborating any further.

Meanwhile, Federal Minister for Information and Broadcasting Chaudhry Fawad Hussain on Friday said the militants of Tehreek-e-Taliban Pakistan (TTP), who wanted to shun path of violence should be given a chance to return to the mainstream.

In a video message, he said the statement of Prime Minister Imran Khan about TTP was being discussed right now and the need was to share its background with the people. The state of Pakistan had gone through enormous ordeal as it sacrificed hundreds of lives in the war against terrorism, he added.

The minister said there were various splinter groups in the TTP and amongst them some individuals wanted to honour their pledge of allegiance to the country by returning to mainstream. The peace loving individuals, who wanted to move forward in accordance with the constitution of the country, should be allowed to return to lead a normal life, he added.

Fawad said the country had defeated terrorist organizations like Al Qaeda in Pakistan and completely ended India’s conspiracies. Right now, Pakistan was stronger and determined than it was ever before, he added.

The minister said the past policies of state were formulated in peculiar circumstances. A total of over 3,000 alienated elements who endured Indian conspiracies had already returned to mainstream, he added.

He said Prime Minister Imran Khan had set principles, adding, “We want to move forward on the basis of these principles to bring back those people who lost the right path in certain circumstances and now want to live life like an ordinary citizen while abiding by the Constitution of the country.”