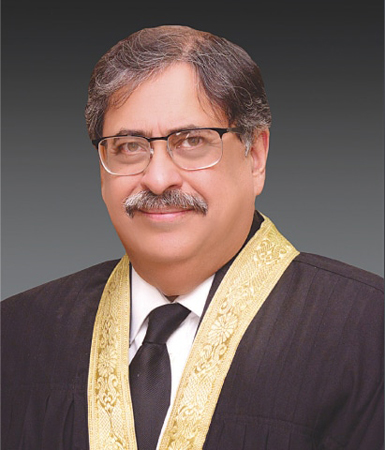 The Islamabad High Court (IHC) on Friday dismissed a plea challenging an ordinance making it mandatory to take oath within 60 days or else the seat of the candidate would become vacant, a private TV channel reported.

“The trend of involving the judicial branch of the State in matters having political content is one of the factors which has contributed towards the weakening of the Majlis-e-Shoora (Parliament) on the one hand, and on the other, it has exposed the judicial branch to unnecessary controversies,” the IHC chief justice noted.

The court order has virtually cleared first legal hurdle for the PTI government to de-seat PML-N’s ex-finance minister Senator Ishaq Dar and get the incumbent Finance Minister Shaukat Tarin elected in his place.

The PML-N had approached the IHC and challenged the vires of the Election (Third Amendment) Ordinance, 2021, saying it was person-specific with the sole purpose to target PML-N and ordinances cannot be used to create permanent consequences. Through the ordinance, which was notified in the official gazette on September 3, 2021, the government has inserted Section 72A (seat to become vacant on not making oath) in the Election Act, 2017.

Section 72-A states that the “seat of a returned candidate shall become vacant if he willfully does not make oath within 60 days from the date of the first sitting of the assembly, the Senate or the local government or within 40 days of the commencement of the Elections (Third Amendment) Ordinance, 2021, as the case may be.”

In the order, Justice Minallah said that political questions raised before the courts by political parties having representation in parliament undermine its sanctity and supremacy, adding that it is an obligation of the political parties to ensure that political disputes are resolved within parliament instead of involving the courts. He said that the courts should show utmost restraint in matters which fall within the domain of parliament or have political content, saying the two houses of parliament are the highest national forums for debating and resolving political disputes and for formulating policies that are in the best interest of the people of Pakistan.

The court noted that the ruling party does not enjoy the majority in Senate and despite having a majority, opposition parties do not disapprove the Amendment Ordinance, 2021. “This court has no reason to interfere and thus usurp the constitutional authority vested in the forums.”

The top judge noted that the inserted section 72A persuades the court that it is in the public interest that no elected office remains vacant and the electorate unrepresented for an indefinite period, adding that any interference by the court would be contrary to the public interest and the guaranteed fundamental rights of the people.

For the foregoing reasons, he stated, this “court is not inclined to exercise its extraordinary discretionary jurisdiction vested under Article 199 of the Constitution and consequently the petition is accordingly dismissed”.

Justice Minallah said that the court expects that the political parties will endeavour to strengthen parliament by resolving the political disputes in accordance with the constitutional provisions and the principles of democracy, adding that they will show restraint in unnecessarily involving the judicial branch of the state to resolve disputes having political content.