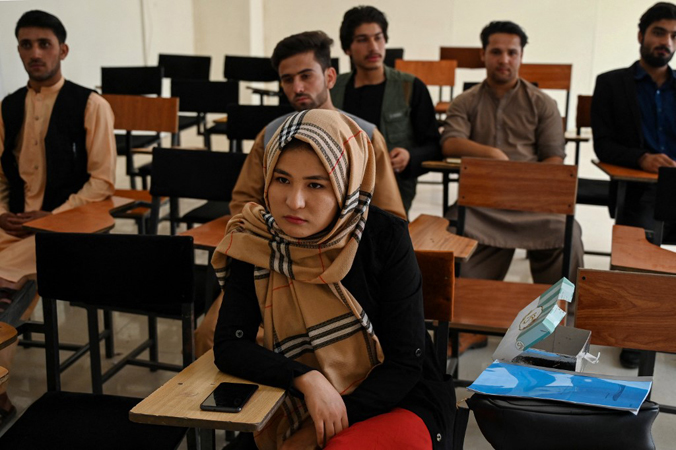 Several media outlets, including the New York Times and CNN, were forced to issue clarifications after falling for a fake Twitter account claiming to be the vice chancellor of Kabul University, it emerged on Friday.

According to The National, since Sept 21, the unverified account – which claimed to belong to the newly appointed Kabul University VC Mohammad Ashraf Ghairat – has posted tweets that were quickly picked up by the Western media.

One such tweet reads, “Folks! I give you my words as the chancellor of Kabul University: as long as a real Islamic environment is not provided for all, women will not be allowed to come to universities or work. Islam first.”

The tweet quickly garnered attention and was picked up by the NYT, which highlighted the fate of women’s education under the hardline group in a full-page report, titled: ‘New Taliban Chancellor Bars Women from Kabul University’. However, in a turn of events straight out of a movie, the user operating the Twitter account later admitted that he was not the VC of Kabul University. Instead, he is a 20-year-old student at the varsity who is “broken and frustrated”, he tweeted from the same account.

In a Twitter thread, he explained how he saw no future with the Taliban in power in the war-torn country.

“I grew up in Kabul, I went to school and university, I had dreams of becoming an influential person in Afghan society and politics. But now look at what has happened with all my aspirations,” he said.

Speaking to The National, the law undergraduate, identified by the pseudonym Mahmoud, said he set up the account to highlight the undoing of Afghan education.

“What is going on in Afghanistan right now is the real joke,” Mahmoud told The National in a phone call from Kabul. “It’s ridiculous. All of our leaders left the country and we are the ones left facing the Taliban.”

The publication quoted him as saying that his claims were not doubted because he was “just tweeting what the Taliban are already really thinking”. Meanwhile, the NYT published an editor’s note above the article regarding the earlier version of the story.

“An earlier version of this article and its headline included comments from an individual claiming to be Mohammad Ashraf Ghairat, the newly appointed chancellor of Kabul University, saying that women would not be allowed to go to work or attend classes at the college.

“The comments included those posted to a Twitter account in Ghairat’s name. Multiple calls to the chancellor’s office and his top aide for confirmation were turned away, with the aide saying that the chancellor would not speak to the media, and referring questions to a senior Taliban spokesman, who did not deny the account’s claims,” the note said.

It added that the authenticity of the account was cast in doubt after the article was published. “The Times has been unable to reach the university’s chancellor to confirm his position on school policies, and the article has been edited to reflect doubts about the social media posts,” it said.

CNN ran a similar correction and also updated the story on its website.

“A previous version of this story and headline incorrectly attributed remarks to a Twitter account purporting to be the chancellor of Kabul University. CNN has subsequently learned that this account was not affiliated with the chancellor or the university. This story has been updated,” it said in a note. A Taliban spokesman, Bilal Karimi, also told CNN on Thursday that the Twitter account was fake and rejected its content.

Additionally, Kabul University as well as the Taliban’s Ministry of Higher Education released statements on Facebook on Tuesday, denying that Ghairat had any social media accounts. The statements said any pages being run under his name were intended to spread fake news, according to CNN.