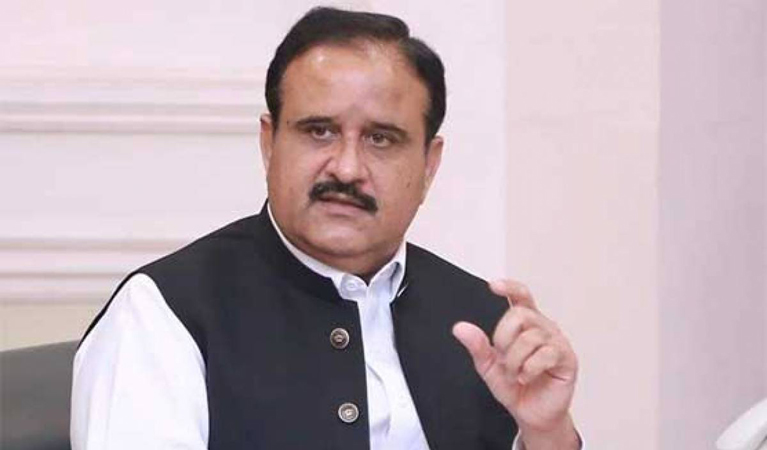 Punjab Chief Minister Sardar Usman Buzdar has said the promise of providing roof to the people would be fulfilled as up to 35,000 subsidised apartments would be constructed in Lahore with Rs180 billion. He said this during a meeting with Minister of State Muhammad Shabbir Ali Qureshi, who met him at his office to discuss matters of mutual interest. The chief minister said construction of 4,000 apartments was being started in the first phase, adding that business-friendly reforms in the Lahore Development Authority (LDA) had yielded positive results.

The amendments to the LDA building and zoning regulations would encourage the construction of high-rise buildings to attract huge investment whi le creating job opportunities, he added. Meanwhile, the approval of buildings’ maps was now granted in 30 days while the government was following the policy of composite development in backward and remote areas like Kot Addu, added the CM. Shabbir Qureshi appreciated the balanced development vision of the Punjab government, adding that the approach was visible in the province. Provincial Housing Minister Asad Khokhar was also present.

Moreover, CM Buzdar has also ordered for devising a foolproof mechanism for continuous monitoring and protection of the Auqaf lands and properties.

He was chairing a meeting at Punjab Institute of Quran and Seerat Studies. Chairman P&D, secretary information and others were also present.

The CM said that an independent monitoring unit should be set up to protect the Auqaf properties. He asked the Auqaf department to make the best use of its resources and the Quran and Ulema boards should be up and running. Similarly, rehabilitation of the Auqaf managed shrines should be completed without delay and the facilities of research centres and almonries be provided to the visitants, he said. The historically important buildings of shrines would be revamped in collaboration with the Walled City Authority.

The meeting also dilated on the proposal of setting up bank counters for receiving donations at the shrines of Sufi saints. Usman Buzdar ordered for activating the Punjab Institute of Quran and Seerat Studies, adding that establishment of a research centre in collaboration with the private sector be reviewed as well.

Meanwhile, the standard of facilities of Auqaf hospital, associated with Data Darbar, be further improved and construction of 9 Quran Mahals be completed without delay, he added. A pedestrian crossing would be constructed at Uch Sharif and water filtration plants would be installed at 37 shrines in various districts to provide clean drinking water to the devotees, the meeting decided. Alongside, the Jamia Masjid in Chiniot would be renovated in collaboration with the Walled City Authority. The CM asked the Education, Information and Auqaf departments to early complete arrangements for celebrating the Rehmatul-lil-Alameen week.

The Auqaf secretary informed the CM that the facilities of almonries were being provided at 170 shrines across Punjab. The Auqaf department was managing 546 shrines, 537 mosques, 6,179 shops, 1,426 houses and 74,964 acres of land across the province. The Auqaf managed cultivable lands would be leased out for corporate farming. Language and computer lab and hostel for 500 students will also be established at Jamia Hajveria in collaboration with Al-Azhar University, he added.

Earlier, CM Buzdar paid a surprise visit to different areas of the city late at night without protocol. He visited Multan Road, Johar Town, Muslim Town, and Iqbal Town without giving any prior notice. The CM showed displeasure over the poor cleanliness situation in some areas. On the eve, incharge of Gulberg Bilal Babar and Iqbal Town’s incharge Zahir Uddin Babar were suspended on the directives of Chief Minister Usman Buzdar. He said negligence in performing official duties is intolerable.