Wrangling over UN mission in Libya continues in Security Council 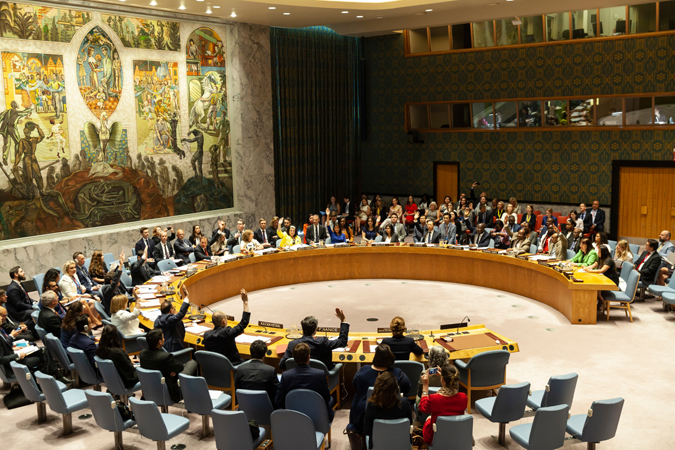 Security Council members on Thursday extended once again the UN’s mandate in Libya, until the end of January 2022.

But permanent members, including the US and UK, expressed dissatisfaction with the council’s inability to reach an agreement on an overhaul of the UN Support Mission in Libya that would have seen it establish a physical presence in the country that would encourage negotiations over the withdrawal of foreign forces.

Currently, the UN’s top official for managing the Libya file is based in Geneva. But the UN secretary-general recommended in August that UNSMIL appoint a special representative based in Tripoli to allow it to better engage with actors on the ground.

A presence in the country would allow the UN to intensify negotiations over the withdrawal of foreign forces – which have played a major role in the war – from the country ahead of the Dec. 24 election, the first vote since a fragile ceasefire was brokered between warring factions in 2020.

The proposal to overhaul UNSMIL has the support of permanent council members France, the US and the UK, but it has been rejected by Russia.

The UK had led attempts to rally the council to support the transfer of UNSMIL’s top official from Geneva to Libya, and on Thursday said it is “regrettable” that the council did not adopt the British draft text that would have implemented this.

The terms of the ceasefire between the Libyan National Army and the Government of National Accord have not yet been fully implemented because both sides and their international backers have been unable to agree on how the withdrawal of foreign forces should take place. Russia said in Thursday’s meeting that any move of the mission to Libya should come after the December election.

Vasily Nebenzya, Russia’s ambassador to the UN, said Libya is at a “very sensitive and very momentous” moment – the run-up to the December election and any reformatting of UNSMIL “would be best implemented at the end of the electoral process in the country, which will be so important for the people.”

The US strongly condemned the council’s inability to agree on anything more than an extension of the current status quo regarding UNSMIL.

“Failure to restructure UNSMIL now only serves to undermine our collective efforts to stabilize Libya,” he added.

“This outcome in the council will not deter the United States in its firm support for the Libyan people as they move forward with national elections on Dec. 24.”

Mills said: “It’s vital the UN member states undertake all possible efforts to advance a political solution to the conflict in Libya, including supporting free and fair elections on Dec. 24, and withdrawing all foreign forces and mercenaries from Libyan territory without delay.”