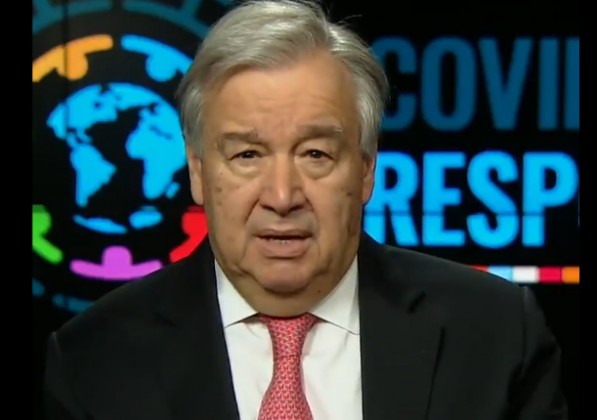 “In Ethiopia, the UN is delivering life-saving aid, including food, medicine, water, and sanitation supplies, to people in desperate need,” the UN chief said in a statement. “I have full confidence in the UN staff who are in Ethiopia doing this work.”

Earlier, the Ethiopian Ministry of Foreign Affairs said in a tweet that five members of the UN humanitarian affairs office, OCHA, including senior leaders, were being ordered out of the country, as well as the UN Children’s Fund UNICEF Representative, and a team leader from the UN human rights office, OHCHR. The seven officials have been given 72 hours to leave Ethiopia. In his statement, the secretary-general said the UN is engaging with the Ethiopian authorities “in the expectation that the concerned UN staff will be allowed to continue their important work.”

The seven officials have been given 72 hours to leave Ethiopia. They include the UN’s deputy humanitarian chief, the deputy humanitarian coordinator, and the UN Children’s Agency (UNICEF) representative. In a tweet, the ministry of foreign affairs said the seven were “meddling in the internal affairs of the country.”

The Ethiopian federal government has been engaged in an armed conflict with rebels in the northern Tigray region for nearly one year. The government declared a unilateral cease-fire and withdrew its forces in June, but the conflict has continued to spill into the neighboring regions of Amhara and Afar. Of the 6 million people who live in Tigray, the UN says 5.2 million need some level of food assistance. Over 400,000 people are already living in famine-like conditions, and another 1.8 million people are on the brink of famine.

On Wednesday, UN Humanitarian Chief Martin Griffiths said that after 11 months of conflict and three months of a de facto government blockade, the humanitarian crisis in Tigray is spiraling out of control. Griffiths said the humanitarian crisis in Ethiopia is a “stain on our conscience,” as civilians starve because aid workers are being blocked from getting enough supplies to them. One hundred aid trucks are needed daily in the region, but in the past week, only 79 in total were allowed in, a UN spokesman said.