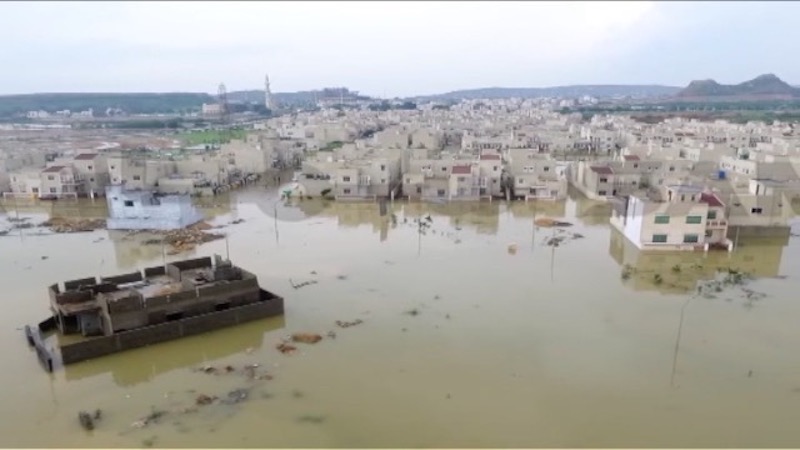 KARACHI: The rains in Nazimabad continued overnight on Friday as storm Gulab is nearing Sindh-Makran coast. It is evolving into a more depressing cyclone.

Nazimabad of the district central received 24.4 millimeter rain that made it the largest recipient. North Karachi area followed it with rain reception stood at 12.6 mm.

Pakistan Faisal Airforce Base recorded 20mm rain overnight while the adjacent Old Airport Area was one to receive 10.2 mm.

The Pakistan Meteorological Department released these figures today as it does post rain activity.

Earlier today, the PMD in its fresh alert issued said that the depression over the Arabian Sea is moving towards the Makran coastal belt and has further intensified.

The depression over the northeast Arabian Sea has moved towards the coastal belt of Balochistan’s Makran and now lies at latitude 23.0N and longitude 67.8E, at a distance of about 160km east-southeast of Karachi, the MET office said.

The system is likely to strengthen further into a Cyclonic Storm during the next six hours.