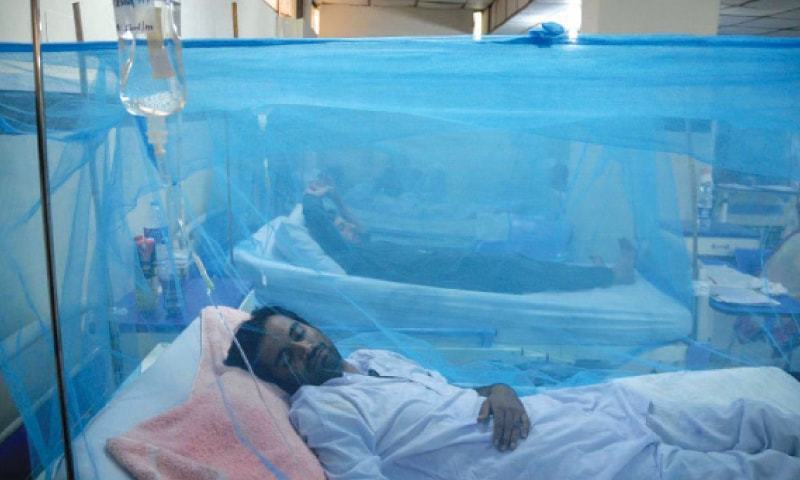 LAHORE: Dengue hemorrhagic fever is diagnosed in 40 more people in Islamabad over the last 24 hours.

The sources said the total number of dengue fever cases reported so far this season has jumped to 409.

Three patients have died of the mosquito-borne viral infection in Islamabad over the past two weeks, the sources said. Sources added that two of the victims hailed from rural areas while one from an urban area.

On Sept 27, a person died of dengue hemorrhagic fever in Islamabad. The patient, a resident of the capital’s sector G-12. He had been under treatment in Holy Family Hospital.

Delay in fumigation by the administration resulted in an upsurge in dengue patients this season, the sources said.  Most patients of the dengue hemorrhagic fever are staying in dengue wards in hospitals of Rawalpindi.