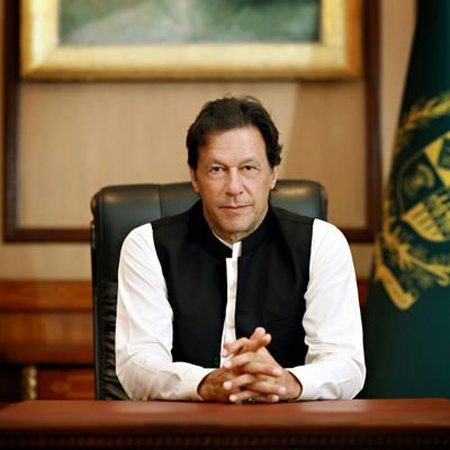 The withdrawal of the US troops from Afghanistan and Taliban takeover have vindicated Prime Minister Imran Khan which made his decades-old position on Afghanistan look prescient.

It said Imran Khan had for years criticised the US invasion of Afghanistan. Long before US President Donald Trump signed a withdrawal deal with the Taliban, Khan had been pushing for peace talks.

He had repeatedly decried the US war on terror, and its involvement in Afghanistan since 2001, saying in countless interviews that it was one of Pakistan’s “biggest blunders” to get involved, a mistake that cost over 70,000 Pakistani lives compared with less than 2,500 American soldiers.

In 2013, as chair of his Pakistan Tehreek-e-Insaf party, Khan threatened to block NATO supply routes after US drone strikes in Pakistan. For his stance, he was even ridiculed by critics who said his positions were hollow and half-baked.

Imran Khan’s recent calls to engage with and “incentivise” the Taliban since it took power resonate in Pakistan, where the US war on terror has bred resentment and hostility,” the London based daily said.

For his government’s handling of the coronavirus pandemic – a far lower death rate and less economic disruption compared with arch-rival India – polls say Khan was now on track to become Pakistan’s first prime minister to complete a full term since Zulfikar Ali Bhutto in the 1970s, and be re-elected.

As Khan steers the country through a radical reshaping of the geopolitical order of South Asia with the US exit from Afghanistan, Pakistan is seeking to re-establish itself as a strategic bridge in the region for the world’s great powers.

Khan went on the offensive at the UN General Assembly on September 24, when in a pre-recorded speech he criticised the US for using Pakistan as a scapegoat for its failures in Afghanistan.

“If the world community incentivises them [the Taliban], and encourages them to walk this talk, it will be a win-win situation for everyone,” Khan told the Assembly.

Senator says don’t blame Pakistan for US blunders: Earlier this month, US Senator Chris Van Hollen said that the Trump administration had enabled the Taliban’s takeover of Afghanistan, as he vindicated Pakistan, which he said had released three top Taliban commanders on the then US government’s request to push forward the Afghan peace process.

While both Republicans and Democrats also targeted Pakistan for its assumed support to the Taliban during the war, Senator Chris Van Hollen nearly tore into much of the testimony that Secretary of State Antony Blinken gave, including his negative focus on Pakistan. The Maryland Senator asked Blinken whether it was not a reality that most of the pro-Taliban decisions Pakistan made were under American pressure and that Pakistan’s interest rested in a peaceful and stable Afghanistan. This was a rare expression of acknowledgement of the role Pakistan has been playing in the Doha peace process and after the Taliban seized power on August 15.

Through his incisive questioning, Senator van Hollen managed to flesh out the contradictions inherent in the Biden administration’s position on Afghanistan as well as the singling out of Pakistan, as most of the US lawmakers tended to do.

Returning to Pakistan, he said: “Obviously, we asked them to release prisoners that they had locked up, Taliban prisoners. Let’s all work together to achieve the goal of a stable Afghanistan that protects the rights of its people.”