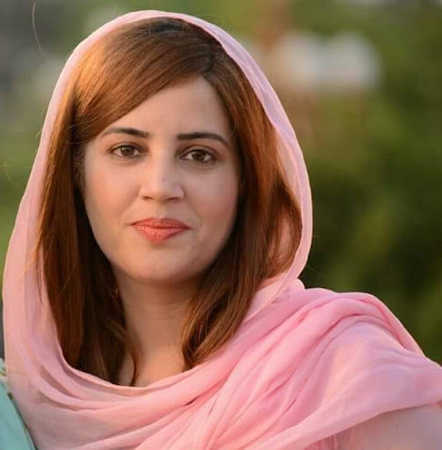 Minister of State for Climate Change Zartaj Gul Thursday said Prime Minister Imran Khan was the only leader who empowered the youth as major chunk of his cabinet, including parliamentary secretaries, comprised of youngsters driving legislation.

She was addressing the members of the National Youth Council (NYC) here at a training workshop flanked by Special Assistant to the Prime Minister (SAPM) on Youth Affairs Usman Dar and Member of the National Assembly Zain Qureshi.

Zartaj said Prime Minister Imran Khan gave the due share of youth through clear direction and vision to lead his vision of change.

“Youth has remained one of the neglected segments of our society, it lacks access to power corridors and the Parliament,” she added.

The 200,000 skill based scholarships, she said under Kamyab Jawan Programme (KJP) were aimed at bringing the youth under digital Pakistan.

Zartaj informed the NYC members that a Graduate Bill titled T-20 (20 trees) Bill was drafted to be tabled in the Parliament that would help university graduates to avail gross marks against plantation of 20 trees throughout their session.

She said the Green Youth Movement (GYM) was also prepared to be launched across all universities of the country that would enable youth to nourish their leadership skills in community awareness and mobilization on Climate Change and ecological conservation.

“Pakistan is among top 10 countries most vulnerable due to climate change and facing drastic impacts in the form of glacial melting, urban flooding, drought and change in weather patterns,” she highlighted.

The present day youth bore great responsibility on its shoulders keeping in view the plethora of challenges faced by the country due to its strategic location in the world, she said.

Speaking on the occasion, SAPM Usman Dar said the NYC was formed to provide access to the country’s youth to power corridors and this was the second batch of the NYC where the prior batch had represented the country at various global fora. “Unfortunately, due to testing times of COVID-19 all those activities have been halted,” he added.

Dar underscored that the NYC members had representation from all federating units including Azad Jammu and Kashmir and Gilgit Baltistan whereas transgender fraternity also had its representative in the council.

He also criticised the 18th Constitutional Amendment that badly affected the youth as the provinces did not develop any ministry or department to look after youth affairs.

Executive Director Institute of Urbanism and Climate Activist Mome Saleem briefed the participants over Green Youth Movement that she had developed after concerted efforts for strong youth lead and youth owned movement.

She told that the movement was going to be launched in at least 137 universities of the country where GYM clubs would be established with its members elected through elections so that their leadership training was carried out at the basic level.