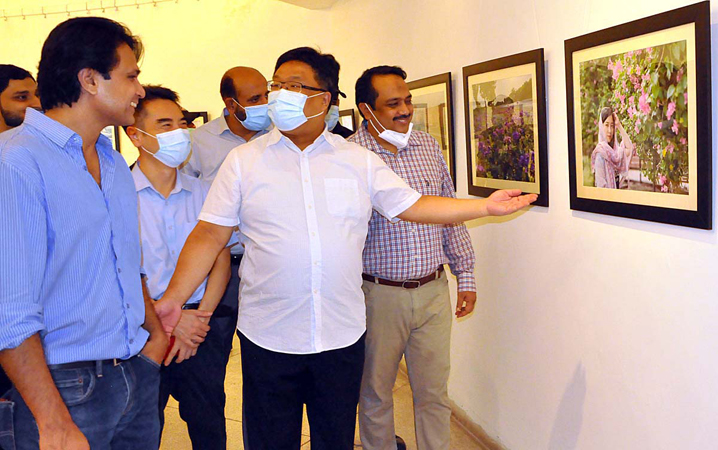 Chinese Acting Consul General Lahore Peng Zhengwu has said that IIRMR’s picture exhibition is a unique opportunity to understand the tenacity of Pak-China relations at 70th diplomatic juncture and visualise the significance of China National Day.

Institute of International Relations and Media Research Chairman Muhammad Mehdi and President Yasir Habib Khan said that the exhibition is an effort to unleash a new avenue of friendship offering public to feel Sino-Pak fraternity through pictorial perspective.

Highligh CPEC as the centerpiece of Pak-China relations,they said the game-changing project is completely transparent and free from corruption. “If some forces and powers at helm of affairs within the country or outside try to smear CPEC under the grab of political vendetta or vested interests, they will be called into question by the people of Pakistan,” they opined.

They termed photo exhibition as meaningful part of cultural exchange and cooperation between China and Pakistan.