Reforms in all major sectors needed for development: Siraj 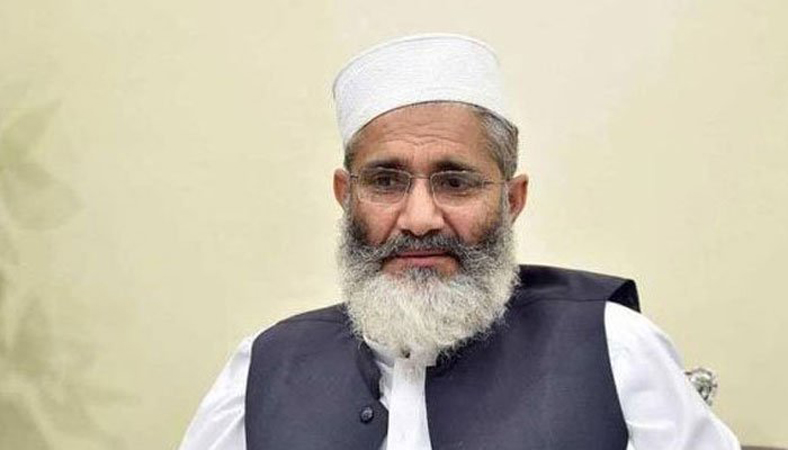 Ameer Jamaat-e-Islami (JI), Sirajul Haq has said that wide-ranging reforms in all major sectors are needed for development of the country. Talking to various delegations at Mansoora on Thursday, he said that the prevailing system benefits the ruling elite only and they would never be interested to change it.

Sirajul Haq urged the people to make a peaceful democratic struggle to send the status quo forces to home. He said, the PTI continued the policies of the past government and only made lies that it was an agent of “change.” He criticised the government for its one-sided electoral reforms agenda, terming it “a plan of pre-poll rigging.”

The government’s so-called reform agenda, the JI chef said, overshadowed the critical issues which were hurdles in fairness of electoral process. “There was need to address the issue of unbridled use of money in elections and influence of government and state officials in the electoral process, he said, adding that the Election Commission should be powerful and independent.