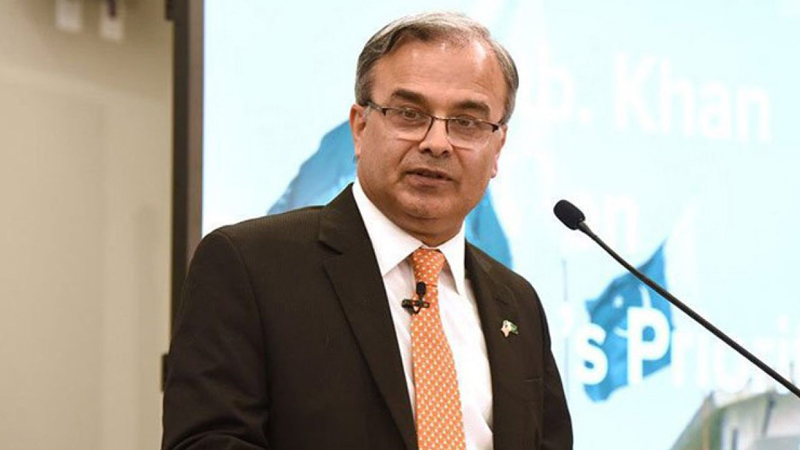 Ambassador Dr Asad Khan Thursday said that a broad-based and long-term relationship between Pakistan and the United States remained critical to advancing both countries’ bilateral and regional interests in a post-war Afghanistan.

The University of Pennsylvania hosted Pakistan’s ambassador to the United States Dr Asad at International Relations Colloquium for a hybrid discussion on the future of the Pakistan-United States relationship following the withdrawal of foreign forces from Afghanistan.

The event was first series of talks on the situation in Afghanistan being organised at the Perry World House in Washington. The ambassador said that a rich history of working together, natural cultural affinity, and a dynamic Pakistani American community would continue to reinforce and deepen Pakistan-US ties in the future.

When asked about the recent developments in Afghanistan, Ambassador Khan stressed that Pakistan and the United States had a fundamental convergence on achieving a politically inclusive state in Afghanistan.

He said a stable and broad-based government in Afghanistan could ensure that Afghan territory would never be exploited by transnational terrorist groups again.

Ambassador Khan highlighted that Pakistan had joined the international community in urging the Taliban to uphold their commitments on guaranteeing safe passage to those who wish to leave Afghanistan, counterterrorism, protection of human rights, and forming a more inclusive government. The ambassador said that Afghanistan faced an “inflection point” in the form of a rapidly worsening humanitarian situation.

He hoped that the world would not repeat the mistake of disengaging from Afghanistan. The international community must assist Afghanistan in averting more instability, chaos and a mass migration, which would impact not only its neighbors but countries farther afield.

The talk was followed by a detailed question and answers session where the students engaged with the ambassador. The event was live streamed on social media platforms.