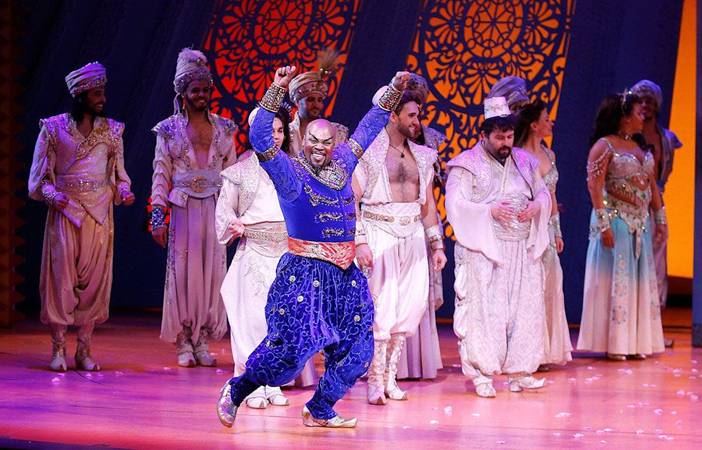 A Covid-19 outbreak within Disney’s stage show “Aladdin” prompted an 11th-hour cancellation of Wednesday evening’s performance, one night after the production joined the return of Broadway’s biggest musicals from a pandemic-induced hiatus. In a notice posted on Twitter shortly before the curtain was due to go up, producers said testing protocols had detected an unspecified number of “breakthrough” infections among vaccinated members of the “Aladdin” company at The New York Amsterdam Theatre.

“Because the wellness and safety of our guests, cast, and crew are our top priority, tonight’s performance, Wednesday, September 29th, is cancelled,” the tweet said, adding that tickets would be refunded at their points of purchase.

It said the status of future performances of “Aladdin,” based on Disney’s 1992 animated hit film, would be announced on Thursday.

A slew of Broadway’s leading shows, among them “Hamilton,” “The Lion King,” “Wicked” and “Chicago,” reopened in mid-September, some 18 months after the COVID-19 crisis forced an unprecedented shutdown of New York City’s life theatre community. “Aladdin” had just joined the fray on Tuesday. Under health safety rules hashed out between theatre labour unions and producers, cast and crew members for Broadway shows are required to provide proof of vaccination or a valid exemption in order to work, and must be tested for the coronavirus every three days.

Members of the audience and stagehands are required to wear masks throughout performances.

The 74th annual Tony Awards, skipped during the 2020 season because of the shutdown, was held on Sunday in a four-hour ceremony celebrating Broadway’s reopening. According to the New York Times, Wednesday’s cancellation was the first and only one confirmed for a reopened Broadway production since “Springsteen on Broadway” kicked off the industry’s return in June.