* The artiste, who's now been an integral part of India's music industry for the past three decades, has crooned nearly 3,000 songs across languages 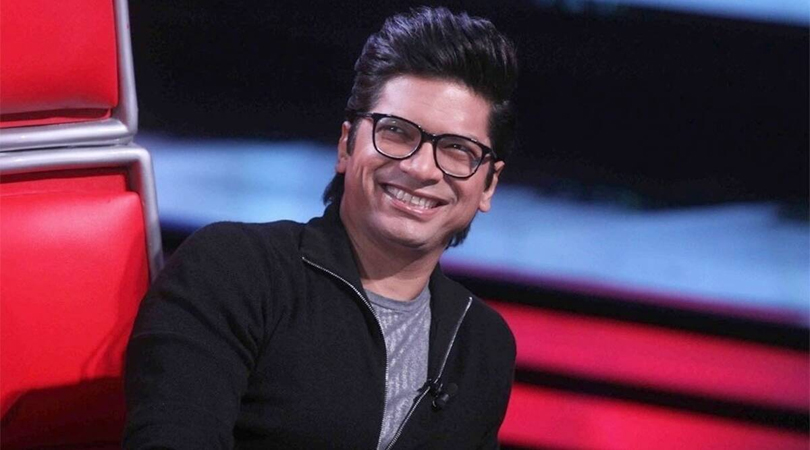 Singer Shaan had a tough time cracking the right vocals for “Chand Sifarish” in Fanaa.

That’s because every time he tried to record it, he would unconsciously end up copying Udit Narayan. “‘Chand Sifarish’ was my first song for Aamir Khan. I don’t know why I kept singing it like Udit ji, maybe because I’d always heard his voice on Aamir. I had to consciously make an attempt not to sing like him,” Shaan revealed in a candid chat with indianexpress.com.

The artiste, who’s now been an integral part of India’s music industry for the past three decades, has crooned nearly 3000 songs across languages, with some of his most popular numbers being for Saif Ali Khan and Abhishek Bachchan. According to Shaan, his voice matches a lot with Saif. Also, he’s glad he himself got to record the remix of “Dus Bahane” for Baaghi 3, which he originally sang for Bachchan.

In fact, Shaan’s career started with remixes, but they were nothing like what we see today. Referring to albums like Oorja and Dance Masti, Shaan shared that they were remixing the 70s and 80s tracks in the 90s. “We used to put some English original lines in Hindi songs with contemporary music. We even added a pinch of Punjabi or any languages in Hindi,” he said, asserting that the formula is always the same, just that the choice of songs make the difference. “It’s all about the melody and good lyrics. If you recreate ‘Dil Kya Kare’ with all your heart even today, people will like it. But if you pick an ordinary song, it’ll stay in the charts just for a few days.”

Despite coming from a family of musicians, Shaan never aspired to become a singer. That’s because he had seen his father Manas Mukherjee struggle to get recognition. “The kind of success my father deserved, he never got. I lost him at a young age, so running the house was also a concern. A sense of responsibility came in early.” Alongside doing small jobs and completing his education, Shaan started performing in live shows with his sister Sagarika. “That time, if you ask me, I’d say Sagarika was the singer. I accompanied her to her shows where she introduced me and asked if I could sing one or two songs too. People realised we were a package deal who managed to pull off the entire show. Soon we formed a group. We did ‘Naujawan’ with Biddu. Basically music chose me.”

By the time Shaan hit his 20s, he started getting traction. Recalling how Ken Ghosh presented him in a very different avatar in his first ever music video “Q Funk” where he sang “Aaj Hum Jaise Jigarwale”, Shaan shared, “Ken told me to unbutton my shirt. I tried to convince him that I was a singer and can’t do these things. I had long hair too. Then someone threw water on my face. I realised if I wish to do pop music, I can’t try to be sober. Initially I was very scared to shoot it but then I just gave in.” Shaan claimed he would overact but his screen presence improved eventually.

The 90s Indie pop was when Shaan, along with his contemporaries like Sonu Nigam, Shweta Shetty and Alisha Chinai featured in their music videos too. Shaan also got his two back-to-back chartbuster songs in the same year 1999 – “Tanha Dil” and “Musu Musu Hasi”.

“One of my landmark songs that redefined my image is ‘Tanha Dil’. Then ‘Musu Musu’ from a small film became a hit and pushed me into the next phase of my life. Things just changed overnight because of these two songs,” Shaan said. Soon the singer was playback singing for Shah Rukh Khan in Asoka.

He, however, confessed that things started getting “stagnant with same type of fun party songs until ‘Chand Sifarish’ happened that pushed me onto another pedestal of ‘award winning singer Shaan!'” he said with a smile.

Today, Shaan’s discography boasts of dozens of chartbusters like “Jab Se Tere Naina”, “Behti Hawa Sa Tha Woh”, “Chaar Kadam” and more. “Jab Se Tere Naina” from Saawariya even went on to become Ranbir Kapoor’s sparkling entry into Bollywood. The singer feels “you’ll remember the songs because of some connection, maybe memories of your first love or someone special. That’s why the 90s kids, who were growing up at that time, love our phase. I’ve sung thousands of songs, but if you start counting, you’ll come down to the same 20-25 songs. Good creations stay. What era they belong to doesn’t matter.”

Shaan lived through the time when singers jointly recorded songs in a studio, with their camaraderie also reflecting in their vocals. Sharing another incident, he said, “When I recorded ‘Jaadu Hai Nasha Hai’ with Shreya Ghoshal, she kept giggling because it was a seductive song, and MM Keeravani recorded her giggles too which were used in the song.” He joked that if he has to record for Salman Khan “I would work out that day to get the feel. I’m kidding!”

But things haven’t always been smooth for Shaan. He let go of a song because he just couldn’t get its sound right. The song was the title track of Lage Raho Munna Bhai (2006). And the reason was another singer, Vinod Rathod!

Vinod Rathod was a regular voice for Sanjay Dutt, including the previous film’s signature “Munna Bhai MBBS” tone. Hence, it became difficult for Shaan to strike the note. “While recording ‘Bole Toh Bole’, I tried to keep my voice bit heavy in Sanjay Dutt’s style. But Vidhu Vinod Chopra kept telling me to try it differently. “Sanju ka chehra nahi aa raha hai jab tu gaa raha hai.” I thought doing his mimicry would look odd. I tried really hard to crack it but finally I gave up.” Shaan lost out on that song, that was eventually sung by Rathod.

This also brings us to the point how earlier, composers were adamant about their requirements. Shaan picked music directors like Anu Malik, Jatin-Lalit, Ravindra Jain, Nadeem-Shravan and Ilayaraja who had their own style and singers needed to do what they wanted. “They knew once the singer is gone, they can’t do any correction and have to produce the song with whatever we’ve delivered.”

Though things eased out with Vishal-Shekhar and Shankar-Ehsaan-Loy entering the scene. “Even AR Rahman is very flexible. After recording it first time, he’ll ask you to sing it again your way with some variation. ‘Just surprise me,’ he’ll say. Then he’ll pick something from here and there. Because of technology, there’s a lot of post production today. Pritam will let you choose your scale for a song and allow you to sing that way. Among Sajid-Wajid, Wajid used to work with a lot of planning. He wanted the right feel on every note. I miss working with him,” Shaan recalled.

He says it becomes easier for singers to get the exact emotion if filmmakers reveal the actor or the situation. This happened in early 2000s when they got a narration. “Like Sooraj Barjatya explains the visuals of the song. Though I had just two songs in Main Prem Ki Diwani Hoon, he narrated the entire story and Abhishek Bachchan’s character to me.”

But this stopped in the recent years, forcing singers to fallback on their imagination. “Sometimes I sang keeping any big star in mind. Sometimes I asked the makers whether the actor has a heavy or a boyish voice or what’s his energy. Luckily my voice matches with almost everyone. Unique voices might face issue. But nobody cares about that today. All they want is playback to happen.” Shaan added.

Does that mean singers of today are losing ground, and dependency on technology is killing the honesty in music? Shaan agrees, “Not just auto-tune, every note is corrected on Melodyne. So the singer becomes lazy. There are a lot of singers who shouldn’t be getting this much work, while a lot of deserving ones aren’t getting enough. A good voice is subjective today, melodious or not doesn’t matter. If a music company or composer isn’t liking your voice, you won’t get work. In all honesty, it is affecting the kind of music being produced. Today, if you’re able to garner around 20 million views, the companies will automatically take you thinking you’ll get their song a certain amount of views as well. So you become more of an influencer than a singer. I do feel bad for the new singers who aren’t getting a fair chance.” Today, the singer makes music under his own label – Shaan music.

Shaan, who’s also hosted various editions of Sa Re Ga Ma Pa between 2002-2006, apart from judging other singing reality shows like The Voice India and Super Singer, said hosting improved his Hindi. “Initially, my Hindi was disgusting, you can’t even call it Hindi! I’m a Bengali and spoke more of English. Today it’s a much improved version of what I spoke. Hosting really helped.”

Shaan, who also tried his hand at dancing in Jhalak Dikhhla Jaa 6 stated, “We have just one life. You might fall, but at least you tried. I’ve enjoyed the whole process.”

And what about acting, considering he had a pleasant screen presence? He joked, “When I was getting good offers, I was hell-bent that I want to only sing. Also one film needs your dedicated time for 3-4 months. I used to have continuous shows so the schedule never really fell into place. I was even offered to do Shayan Munshi’s role in Jhankaar Beats. When I finally decided to give it a shot, I did such an ‘incredible’ film titled Balwinder Singh Famous Ho Gaya with Mika Singh that offers stopped coming in.”

Shaan is an inspiration today. Acknowledging it emotionally, he said, “If I’m looked as an inspiration, I must’ve done something right in my life. I don’t want to live in the past and start taking note of what all I’ve done. I want to do something new everyday, be in the present enjoying every moment.”

Shaan revealed that he wrote “Gumsum Ho Kyun” for his then girlfriend and now wife Radhika. Today, “Tumse Milke” is one of the special songs between the couple. “My career ranges from live recording in big studios to the digital age of today when we even record on iPhone. I’ve seen it all,” he signed off.

Happy birthday, Shaan! Thank you for all the melodies.