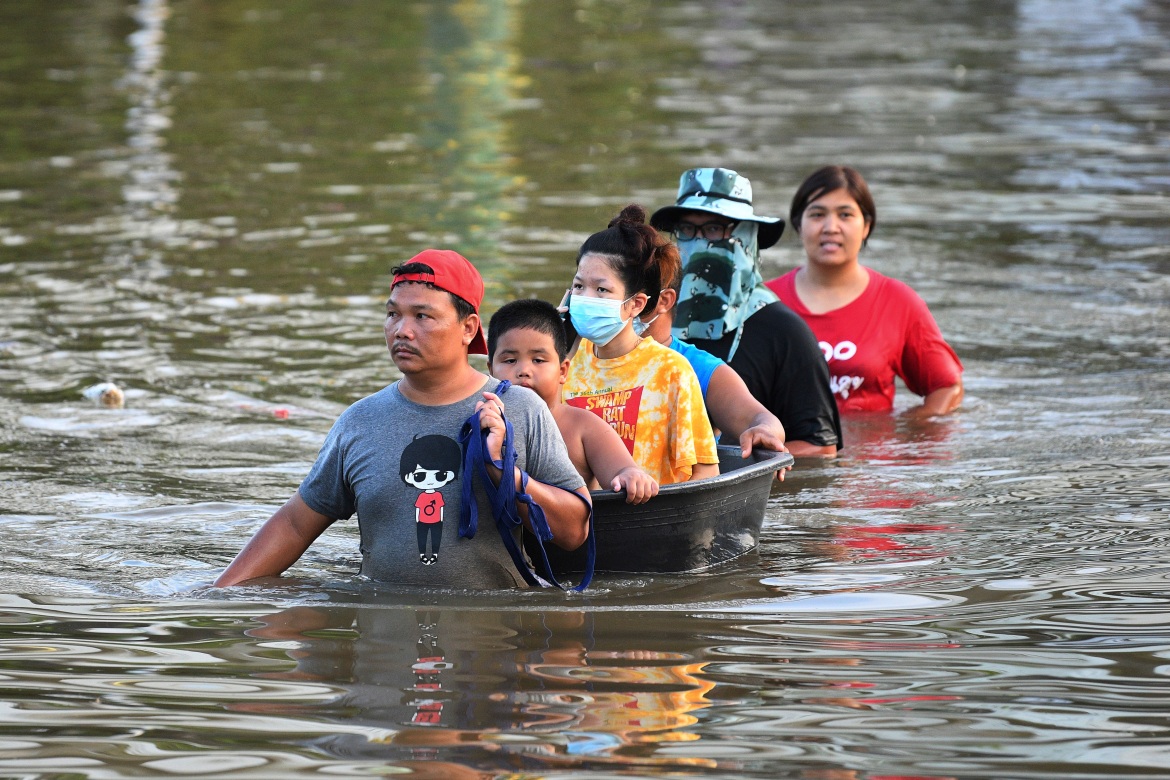 Watching his fridge float across the kitchen and bed disappear underwater was not how Samran Buachumsuk hoped to begin retirement at his newly built home in central Thailand. Flooding after tropical storm Dianmu has hit 31 provinces, killed seven people and inundated more than 215,000 households, authorities say.

About 150 kilometers (93 miles) south, the capital is on alert — with floodwater expected to reach Bangkok late next week. In the ancient city of Lopburi, a caramel sea has lapped into homes.

“I think this is it — I might have to start from zero since there is very little stuff that is salvageable,” the 61-year-old, who retired last month, told AFP. Aoi Ketpan, 53, managed to move some of her family’s belongings to higher ground but could not compete with the speed of the rising water.

“The water reached the level of my hip in a matter of minutes,” she told AFP. Down the road, teenage boys had found a silver lining: throwing nets into the torrent to catch fish and crabs for dinner. At a nearby temple evacuees rest on mats, reliant on donated food packages.

Lopburi’s weather bureau chief Norawat Thipraks said the flood peaked at two meters and would take at least two weeks to recede. The level of the Chao Phraya river — which snakes through Bangkok after winding almost 400 kilometers down from the north — is steadily rising as authorities release water from dams further upstream.

The Royal Irrigation Department is discharging 2,750 cubic meters of water — the equivalent of 1.1 Olympic swimming pools — per second, from the Chao Phraya Dam into the river. Somkiat Prajamwong from the Office of National Water Resources said authorities were working to divert some of the floodwater to protect the capital.

Hydrology expert Seree Suparathit from Rangsit University said the floodwater would likely reach Bangkok around October 6-10, with a new storm expected next week adding to the risks. The capital experienced catastrophic floods in 2011 that left a fifth of the city underwater, but experts say this year’s disaster is unlikely to reach that level.