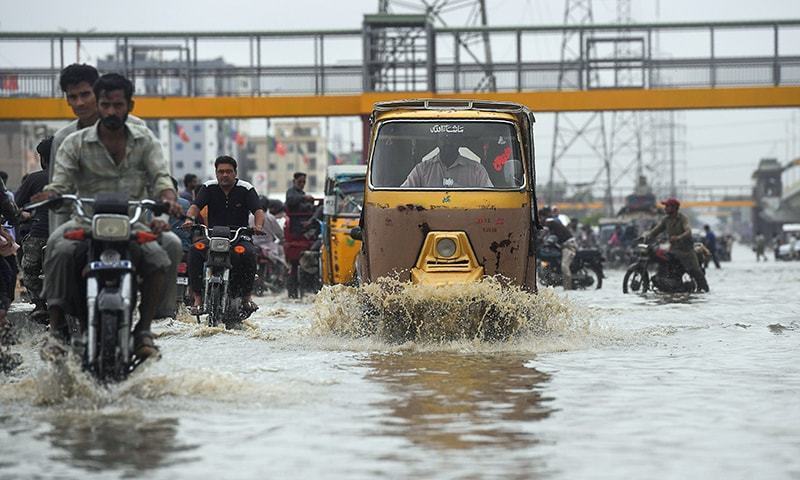 KARACHI: Chief Minister Murad Ali Shah has assigned various districts of the city to his provincial ministers. He gave them responsibility for their area as cyclone Gulab threatens to trigger torrential rains in the city.

Special Assistant to the CM on Inter-Provincial Coordination Taimur Talpur has been assigned to monitor the rain situation in Korangi. Deputy Speaker Shehla Raza will also do the same for Karachi’s District Central. Whereas, Minister for Zakat and Ushr Sajid Jokhio for District Malir.

The Pakistan Meteorological Department (PMD) had also issued a weather advisory on Tuesday. It also stated that a low-pressure area, also known as a “remnant of the cyclonic storm Gulab”, will re-emerge. It will be over the Northeast Arabian Sea on Wednesday and cause widespread heavy rains along the Sindh-Makran Coast.

The low-pressure area, currently lying over central India, is likely to track in the northwest direction (towards Indian Gujarat).

The PMD had warned of widespread rain-wind-thunderstorms with scattered heavy falls. They will be in Karachi, Hyderabad, Thatta, Badin, Mirpurkhas, Thaparker, Umerkot and Sanghar.

Widespread rain-wind-thunderstorms are also likely in Bela, Awaran, Kech, Makran and Panjgur districts of Balochistan. They will fall between Thursday, September 30 and Sunday, October 3.

In this period, sea conditions would remain rough/very rough with occasional high surges in tides.