We lost the 20-year war in Afghanistan: US General Milley 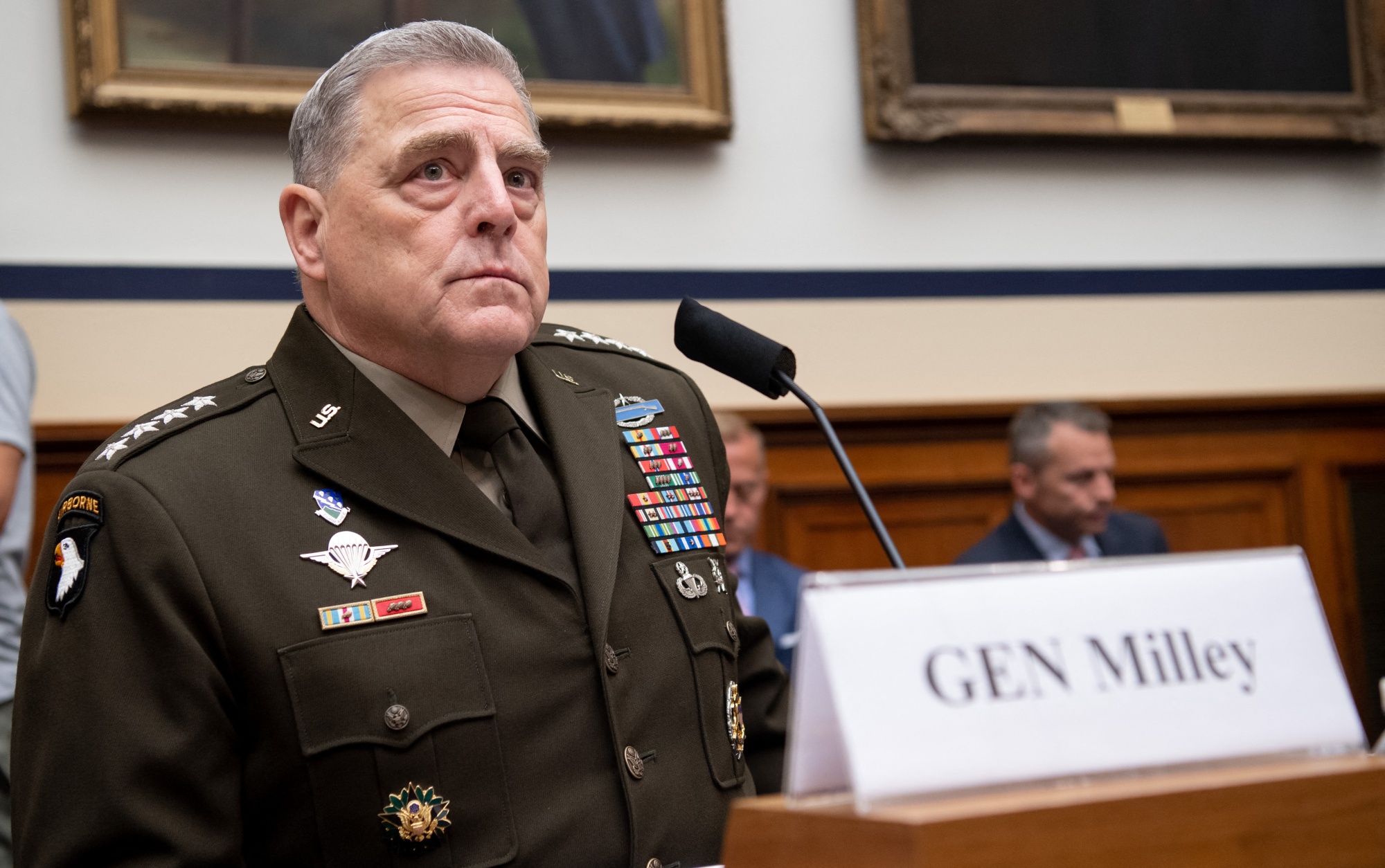 WASHINGTON: Shortly after the hasty withdrawal of US troops from Afghanistan, President Joe Biden had declared that their mission in Afghanistan has been completed. However, on Tuesday, the top US military official Mark Milley has categorically accepted that America has lost the 20-year war in Afghanistan.

“It is clear, it is obvious to all of us, that the war in Afghanistan did not end on the terms we wanted, with the Taliban in power in Kabul,” General Mark Milley, chairman of the US Joint Chiefs of Staff, told the House Armed Services Committee.

“The war was a strategic failure,” Milley told a committee hearing about the US troop pullout from Afghanistan and the chaotic evacuation from the capital Kabul. “It wasn’t lost in the last 20 days or even 20 months,” Milley said.

“There’s a cumulative effect to a series of strategic decisions that go way back,” said the general, the top military advisor to President Joe Biden, who ordered an end to the 20-year US troop presence in Afghanistan.

“Whenever you get some phenomenon like a war that is lost — and it has been, in the sense of we accomplished our strategic task of protecting America against Al-Qaeda, but certainly the end state is a whole lot different than what we wanted,” Milley said.

He further maintained that the people had no trust in Ashraf Ghani and his government. That’s why his regime fell earlier than predicted.

While talking about the factors responsible for the US failure, Milley hinted at a missed opportunity to capture or kill Al-Qaeda leader Osama bin Laden at Tora Bora soon after the 2001 US invasion of Afghanistan.

“So whenever a phenomenon like that happens, there’s an awful lot of causal factors,” he said. “And we’re going to have to figure that out. A lot of lessons learned here.”

He further said that the invasion of Iraq in 2003 was a wrong decision because it shifted US soldiers away from Afghanistan. Milley lamented for not “not effectively dealing with Pakistan as a (Taliban) sanctuary.”

Earlier in April, Biden announced a complete withdrawal of US forces from Afghanistan by August 31, following through on an agreement reached with the Taliban by former president Donald Trump.

On the other hand, on Tuesday, Milley and General Kenneth McKenzie, commander of the US Central Command, told a Senate committee that they had personally proposed that some 2,500 troops stay on the ground in Afghanistan.

McKenzie told the committee that he had warned that a complete withdrawal would lead to the collapse of the Afghan military and the Afghan government. “That is in fact what happened,” McKenzie said.

White House press secretary Jen Psaki said Biden had received bits of advice about what to do in Afghanistan, which the United States invaded following September 11, 2001, Al-Qaeda attacks on New York and Washington.

“Ultimately, it’s up to the commander-in-chief to make a decision,” Psaki said. “He made a decision that it was time to end a 20-year war.”