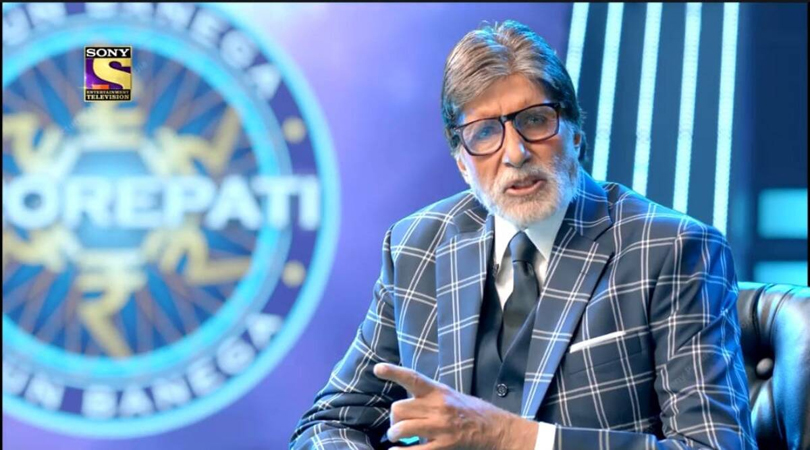 Amitabh Bachchan-hosted Kaun Banega Crorepati 13 has been one of the most-followed quiz shows of all times in the country.

In the recently released promo, the megastar made one of the contestant’s blush by asking her out for a date.

Well, it all started when Amitabh asked the KBC contestant why is she not getting married. The lady replied that she doesn’t like the guy’s approach who come for marriage propose and so she isn’t ready to get married.

When Big B asked her about her preference, said that I want everything to be romantic and so in order to make her special, Big B asks her ‘Agar mai apko date pe le jau toh kaisa rahega?’ to which the lady starts blushing and says it’s like the best dream one could have ever imagined.

In order to make the environment more romantic, the background gets filled with emoji and in background Do lafzon ki hai dil ki kahani plays from his movie The Great Gambler, in which Big B starred with Zeenat Aman and was released in 1979.

The audience lauded as Big B proposes dream date with the contestant.

For the unversed, ‘Kaun Banega Crorepati’ is a game show based on the British TV programme titled ‘Who Wants to Be a Millionaire?’. Big B has been associated with it for 11 seasons and Shahrukh Khan hosted season 3 of KBC.