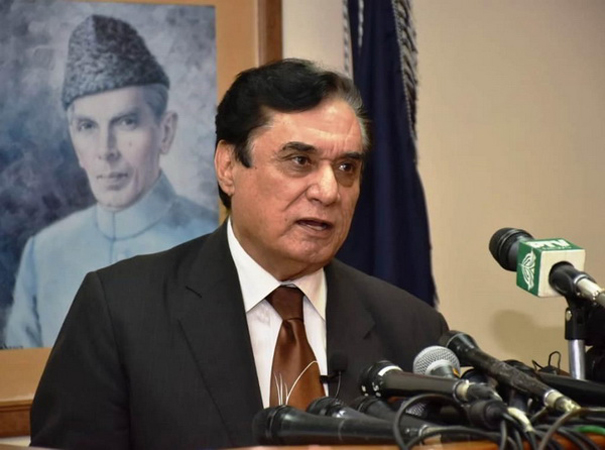 Chairing a meeting to review progress on mega corruption cases at NAB Headquarters, he said that NAB continues to give high priority to fight against corruption.

He said that NAB has no affiliation with any individual, party or organization but with the country and was performing its duties.

He said that eradication of corruption has become the voice of the whole nation as it not only halted the progress of the country but also usurped the rights of the deserving people. Pakistan was facing the challenge of corruption which was the root cause of all problems being endured by the country, he added.

He said that NAB has chalked out a comprehensive anti corruption strategy comprising awareness, prevention and enforcement under “accountability for all” policy.

Besides, overhauling and perfecting working procedures in order to make NAB a more credible and reputed organisation to eradicate corruption in all its forms and manifestations.

NAB chairman said that NAB has rejuvenated by implementing his Accountability for All Policy across the board under the slogan of “NAB’s Faith-Corruption free Pakistan.”

The results have yielded excellent dividends. NAB during the present management has brought big fish to justice for the first time by recovering Rs. 538 billion from corrupt elements directly and indirectly from Oct 2017 to August 2021 that no one previously had ever been able to accomplish since the establishment of the anti-corruption watchdog in 1999, besides overall recovery of Rs. 819 bullion, NAB has filed 1,274 corruption references in the various Accountability Courts which are under adjudication and their approximately worth is 1,305 billion.