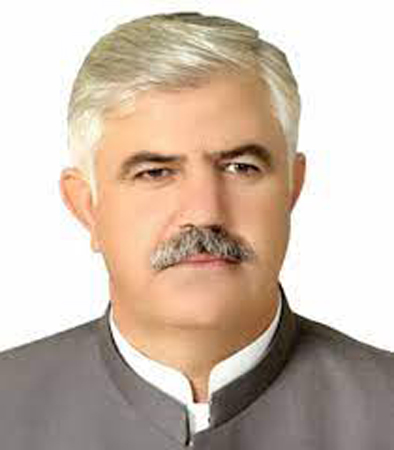 Chief Minister Khyber Pakhtunkhwa, Mahmood Khan on Wednesday directed the administrations of all the districts to implement the dengue action plan and asked for its effective monitoring.

He issued these directives while presiding over a meeting to review the latest situation of dengue in the province and measures for prevention of dengue and other related matters.

The provincial government, he said, would provide all resources to ensure implementation of the plan. The chair also directed Commissioners and Deputy Commissioners to hold regular meetings regarding dengue prevention and to ensure participation of concerned members of the Provincial Assembly in these meetings.

Stressing on the need for better coordination among all the concerned departments and entities for effective control of dengue, the Chief Minister also directed to put in place an effective mechanism for coordination in this regard.

The chief minister while stressing the need of a rigorous campaign to contain the disease, decided to constitute a coordination committee at the provincial level headed by the Chief Secretary for the purpose.

The committee would define roles and responsibilities for the concerned departments and entities, ensure close coordination amongst them, monitor the implementation of dengue action plan and submit a weekly report to the Chief Minister on dengue situation.

The meeting was briefed by the concerned officials on number of dengue patients in the province, arrangements for treatment of dengue patients, measures for prevention of the disease and various other related issues.

Currently 105 dengue patients were under treatment across the province and no deaths had been reported from dengue in the province so far, they meeting members were informed.

The meeting members said the highest number of dengue cases had been reported in Peshawar district showing a figure of 253 whereas 213 patients had recovered so far.

It was informed that under the Locum system, entomologists had been recruited and posted in 20 districts while recruitment of 37 regular entomologists was also underway and the new recruiters would be posted in the districts soon.

The meeting was informed that Dengue Units with at least 10 beds had been set up in all District Headquarters and Tehsil Headquarters Hospitals and Dengue Focal Persons had also been nominated at districts level.

Free medical camps were also being set-up in Peshawar and other high risk districts to facilitate the suspected patients. Mosquito repellent sprays and fumigation campaigns were being carried out to eradicate dengue mosquitoes and larva/rector.

The meeting decided to formulate a media strategy to give awareness to the public about dengue prevention on a large scale and to run awareness campaigns on daily basis.