1173 cases of dengue hemorrhagic fever reported in KP this season 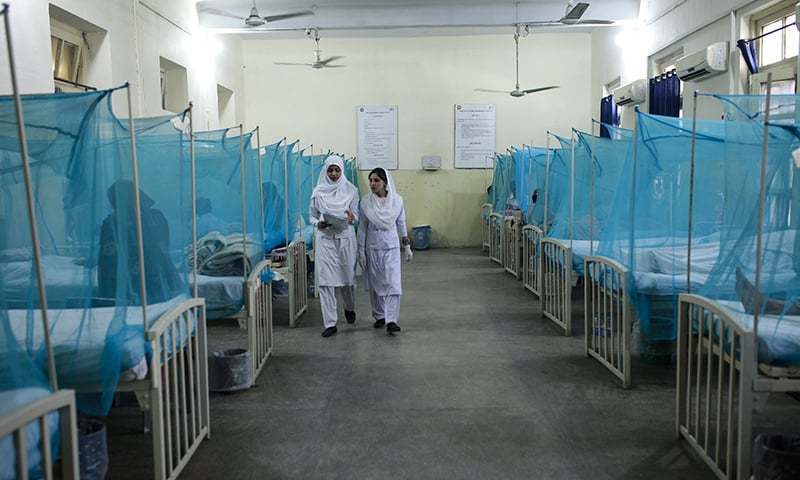 PESHAWAR: Khyber Pakhtunkhwa has reported 1173 cases of dengue fever during this season.

“Presently 105 patients of dengue hemorrhagic fever cases are in the hospitals of the province”. Provincial health department said in a report. “Other 1068 patients have recovered to health,” according to the health department.

According to sources, delay in fumigation by the administration resulted in an upsurge in dengue patients this season.

Sindh has recorded 508 dengue cases from September 1 to 27. This is according to a report released by the Sindh Health Department. Karachi division also reported majority of the dengue cases.

Recently the provincial health department had reported five deaths in Sindh. Four deaths in Karachi, three of them in the Central district and one in the East.

Secretary health department Punjab Imran Sikandar said, “Presently 120 dengue patients are in hospitals in the province. 65 of them are also in the hospitals in Lahore.”