Is better health for smokers a possibility? 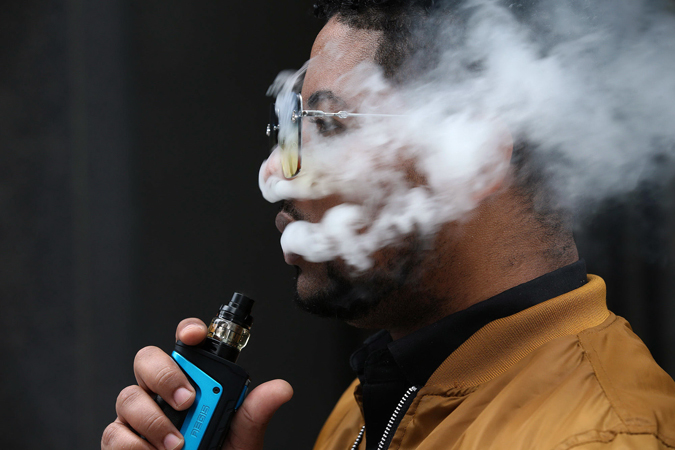 Sometimes the best decision you will ever make is to quit, but it is not always so easy. The 25 million smokers in Pakistan may know this feeling a little too well – they know the impact smoking has on their health, but continue to choose to smoke: the sense of a ritual, force of habit, and the taste for nicotine making it hard for them to stop smoking. To these smokers who find it difficult to let go of their habit, it may look like there is no hope left for them for a better lifestyle. Because aside from quitting, what other choice do they have? This might be part of the reason why despite knowing the harm caused by cigarettes, the number of smokers is on the rise, as indicated by a recent study published in the Lancet.

Science is, however, now on the path to clearing these clouds of hopelessness for adult smokers. The real problem with cigarettes, that leads to the development of smoking related diseases, starts as soon as you light a cigarette. The burning of tobacco in a cigarette produces over 6,000 chemicals, which leads to the development of diseases such as lung cancer and cardiovascular diseases. Many people mistakenly consider nicotine to be the biggest villain in cigarettes. But while nicotine is addictive, scientific research which is corroborated by the US FDA, Public Health England, and the Royal College of Physicians to name a few, all agree that nicotine is not the main cause of smoking-related diseases – the main culprit is the burning of tobacco.

Which means, that an adult who smokes cigarettes to get their nicotine fill, exposes themselves unwittingly to the burning of tobacco and subsequently to the smoke that is produced and the harm that it brings to their health. While the most recommended option for smokers remains to quit their habit, the steady prevalence of smoking worldwide shows that there is always a segment of smokers who despite being aware of the harms of cigarette, continue to smoke and continue to expose themselves to harm. The sheer number of people – more than 1 billion globally – who choose to continue smoking begs the question – is there a way to reduce the harm they are exposing themselves to? If there is to be any hope for them to lead a better life, they need to be given alternatives to cigarettes that still fulfil their ritual, habit and nicotine needs but expose their bodies to less toxicants and less harm. 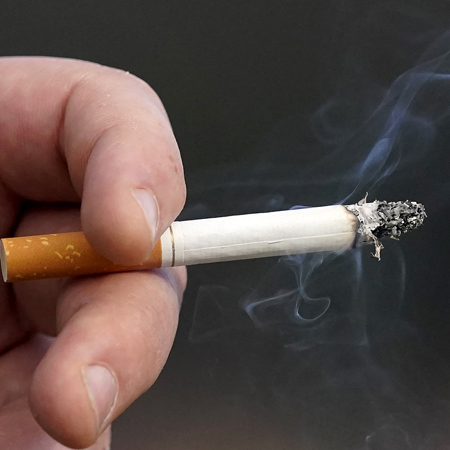 If the main problem, which in this case is the burning of tobacco, is removed from the equation, studies have found that there is over 95 percent potential to reduce risk of exposure to toxicants that cause smoking related diseases.

Keeping the above in view, science and latest technological advances have created alternatives that do not burn tobacco and which can be used as alternatives to cigarettes for adult smokers rather than continued smoking.

Acknowledging that alternatives that do not burn are better than continued smoking, many governments are now endorsing and propagating that of course, while quitting is the best option, those who can’t, should at least switch to non-combustible alternatives so that they reduce the harm they expose themselves to: in its mission to go smoke-free by 2030, the government of UK has rolled out a science backed tobacco control plan that shows the positive role of non-combustible alternatives in contributing to higher rates of successfully quitting and their potential for reducing harm to smokers than continued use of conventional cigarettes. The steep decline from 26 percent to 19 percent in six years in the smoking rate among young adults in UK has been attributed to non-combustible alternatives as cigarette sales steadily went down with the introduction of these alternatives in the market. A similar case has been reported in Japan where the decline of cigarette sales went from 1.8 percent per year to 9.5 percent per year following the introduction of non-combustibles in the market. Regulation of these alternatives in these countries and availability of information on them has greatly helped smokers make informed decisions for their health, making sure they have better options available to them than continued smoking.

This increasing evidence of the reduced risk aspect of non-combustible alternatives and the case studies coming in from different countries present a promising future for adult smokers’ world over. The question is, however, when will Pakistan bring in science to its tobacco control efforts and allow its smokers to reawaken their hope for better health.