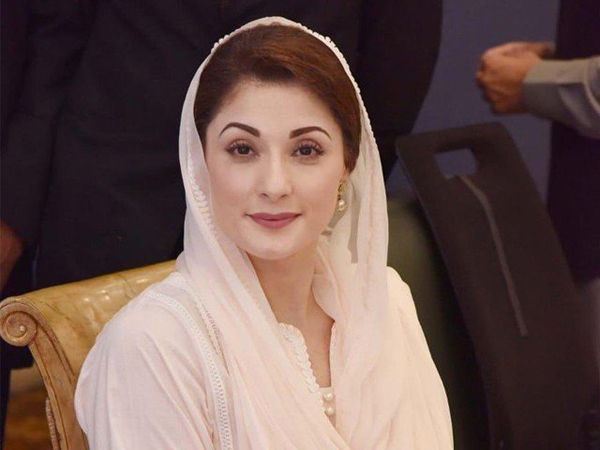 PML-N Vice-President Maryam Nawaz said Tuesday that she and Hamza Shahbaz have a difference of opinion but Nawaz Sharif is the leader of PML-N and he is the one who takes the party forward.

While addressing the party’s Rawalpindi division meeting, Maryam said that “lively parties have differences, so there is nothing to worry about that”.

Several senior PML-N leaders, including Rana Sanaullah, Shahid Khaqan Abbasi, and Ahsan Iqbal also attended the meeting. Maryam said that all party members “share our opinions but when Nawaz makes a decision, everyone – including Shahbaz, myself, and Hamza – have to support it. “Wherever there are differences in the party, the rivals will succeed in their attacks,” she said, adding that a loss of the party is a loss of everyone affiliated with it.

“Free and fair election is only possible if the entire party stands in Nawaz’s support,” she said. “We became victorious when we contested in the elections while keeping the differences aside”.

In her address, Maryam also talked about the party’s win in the Nowshera Cantonment Board Election 2021, an area that is considered a stronghold of PTI followers.

She maintained that “tactics even worse than those used by authoritarian regimes” were employed by the government in the polls but “PML-N bagged a great victory.”

She said that PTI had to work “too hard” to defeat PML-N in Karachi. “They have to win the election by becoming disreputable,” she said.

Maryam went on to say that PML-N does not believe in taking revenge because “karma is the biggest principle in life.”

Earlier, PML-N leader and former prime minister Shahid Khaqan Abbasi said that the ruling government had shared “fabricated” evidence against Shehbaz with the NCA and brought shame to Pakistan.

Talking to media persons in the federal capital on Tuesday while flanked by Rana Sanaullah and Ahsan Iqbal, Abbasi asserted that the PTI government had “embarrassed itself” in front of the world with the British National Crime Agency’s probe against PML-N President Shehbaz Sharif.

He said that the PTI government’s claims that it was not involved or pursuing money laundering cases against Shahbaz had been exposed.

He said that the Assets Recovery Unit (ARU) and as per the PML-N’s sources, even Federal Investigation Agency officials, used to go to London to meet NCA officials.

“The standard set by this government, when it comes to lying, is totally unique,” he said. “The prime minister of this country, in his own office, creates an Asset Recovery Unit that has no legal basis. And what has that ARU done?” he questioned.

He referred to the papers in his hand, saying that they were official documents submitted by the NCA at the UK court.

Referring to the NCA probe against the PML-N president and his son Suleman, Abbasi said that normally in money laundering cases, financial transactions only six years back were traced.

Holding up a document, Abbasi said it was the written copy of the consent given by Shehbaz to the NCA, adding that no obstacles were placed in the course of the investigation by the Sharifs.

“In this case, however, the probe stretched to cover financial transactions covering a period of over 20 years,” he noted. “This inquiry was also not limited to just one country; it took place in Pakistan, the UK and the UAE.”

The former prime minister said that money sent by Shahbaz from Pakistan to his UK bank account was legal money.

He said Shahbaz and Suleman had both given their consent to the NCA to probe their accounts. “Time and again, the NCA told the court that it has the complete support and cooperation of the Pakistani government and its agencies,” he said.

Abbasi alleged that Lahore NAB directer general, the ARU, FIA, and other agencies were involved in framing allegations against the PML-N president. “And now, the prime minister of this country says his government had nothing to do with the probe,” he said.

Shahid Khaqan Abbasi also pointed out that the NAB is appointed through consultations between government and opposition but the government is trying to change the law to skip the consultations.