Haleem to move SCP for disqualification of CM Murad 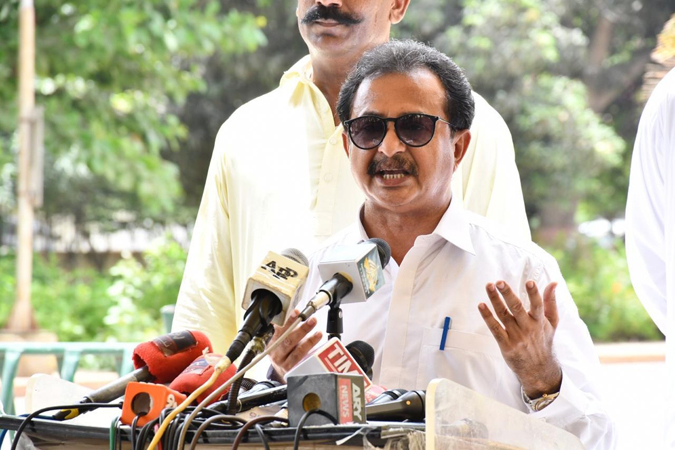 Haleem Adil Sheikh, in a statement, said that he accepted the SHC decision on quo-warranto petition but it would be challenged in the Supreme Court of Pakistan as the CM Sindh concealed the facts and was no more ‘truthful’ and ‘righteous’- a fundamental constitutional requirement for holding a higher public office.

Haleem Adil Sheikh said that Murad Ali Shah who was elected as member Sindh Assembly in 2008 from PS-73 but following Mehmood Naqvi case decision in 2012, Shah did not submit affidavit to Election Commission of Pakistan about not having citizenship of any foreign country and opted to resign.

Later, Murad Ali Shah again filed nomination form to contest bye elections in January 2013 and testified that he did not posses dual nationality, Haleem said adding that objections were filed against Shah’s nomination in general elections 2013 and after a long litigation proceedings the apex court declared Murad Ali Shah disqualified.

Murad Ali Shah concealed the facts in a bid to get a favourable decision from Supreme Court, he claimed and stated that, in 2018 polls, affidavit of 2013 was not disclosed anywhere but we kept saying time and again that Murad Ali Shah submitted a false affidavit.

“We will present that false affidavit of 2013 in the Supreme Court with a plea that Murad Ali Shah is no more truthful and righteous as he deliberately concealed the facts and submitted false testimonial,” Haleem Adil Sheikh maintained.