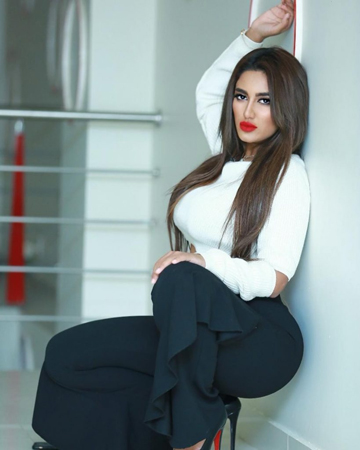 News anchor and TV host Madiha Naqvi recently appeared in an online show where she expressed her thoughts about actors Mathira and Meera.

Madiha and her husband, a known politician both appeared on the show and gave a funny and fearless interview. Madiha Naqvi gave her views regarding Meera and Mathira in a segment.

Talking about Meera she said, “I love her, I want her to do morning shows, she is perfect for that, she will up the game of Morning shows because she has that spice and entertainment element that is required for the shows, she does acting too but which last film of her do you remember?, despite less work she knows how to remain in news, she does a few films but still she knows the art of remaining in fame and limelight”. Faisal Sabzwari also said that this is the reason why he says many of politicians as Politics’s Meera.

Talking about Mathira, Madiha Naqvi said that she really likes Mathira. Faysal Said that he can’t even say “me too” on this, Madiha then said that he can also say that as she is really a great human. She said that one can judge someone through her conduct and she’s perfect, you won’t find her doing back biting and bad mouthing, she said that Mathira is beautiful human being and she is fan of her as she is such a positive person.