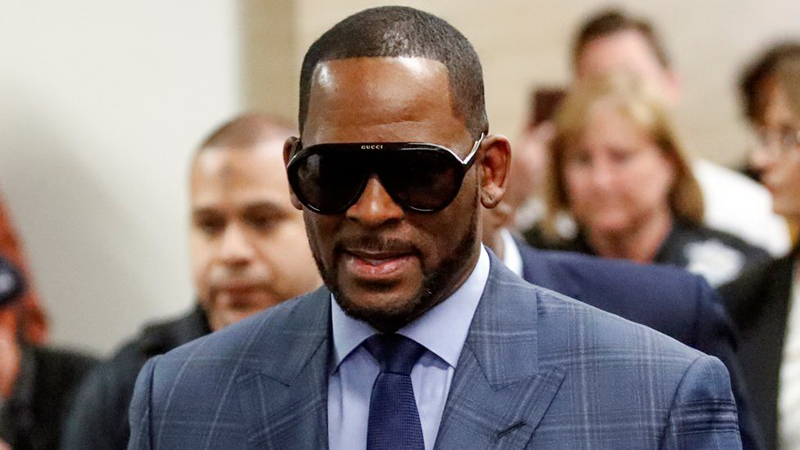 R Kelly has been found guilty on all nine counts in his sex trafficking case. On Monday, Sept. 27, a Brooklyn jury returned a guilty verdict on all counts in the sexual abuse trial, according to NBC News.

The charges involved six female victims, including late vocalist Aaliyah, who wed R Kelly in the 1990s when she was 15 years old.

In a public statement, R. Kelly’s former attorney Steve Greenberg said, “We are extraordinarily disappointed in the verdict was returned by the New York jury today. Mike Leonard and myself believe that the verdict was not supported by the evidence and instead is a reflection of the hysteria whipped up by a couple of TV shows. We intend to continue to fight on R Kelly’s behalf to ensure that everything is being done that can possibly be done.”

Kelly has denied any wrongdoing and pleaded not guilty to all counts against him, including racketeering, bribery, coercion, enticement and sex trafficking. The 54-year-old “Bump n’ Grind” singer has spent roughly two years in federal custody.

The accusations against him span from at least 1992 to 2017. During the trial, prosecutors said the alleged survivors included two girls who were 16 and one who was 17 when they first met him at various performances, private parties or other public events. Over the course of the trial that began in federal court in Brooklyn on Aug. 18, prosecutors called dozens of witnesses, including female and male accusers who claimed they were groomed for sex and endured psychological abuse.

The defence’s case was shorter and mostly focused on witnesses who claimed to have never seen the star commit any acts of abuse, with one referring to R. Kelly as “chivalrous” to his partners, according to the Associated Press.

Meanwhile, R. Kelly himself opted not to take the witness stand. “He used lies, manipulation, threats and physical abuse to dominate his victims,” prosecutor Elizabeth Geddes said in closing statements, adding that his celebrity allowed him to “hide in plain sight,” as reported by the New York Times.