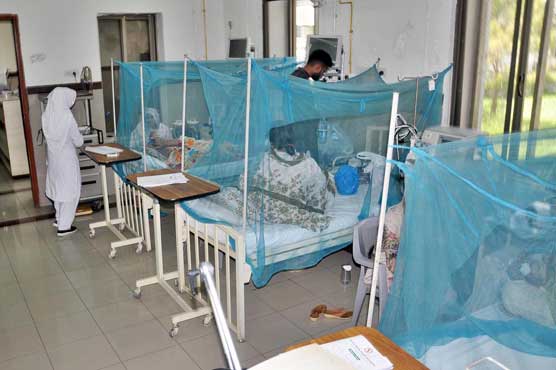 KARACHI: Sindh has recorded 508 dengue cases from September 1 to 27. It is according to a report released by the Sindh Health Department.

As per the statistics shared by the provincial health department here on Tuesday, Karachi division reported most of the cases.

Out of the total cases in the Karachi division, East district has also recorded 79 cases. 34 cases are in South district, 37 in Korangi, 28 cases in Malir and 46 cases in West district.

As many as 114 cases have been reported in Matiari district of the Hyderabad division.

Recently the provincial health department had reported five deaths in Sindh. It reported four in Karachi, three of them in the Central district and one in the East.

Yesterday Lahore reported 160 dengue fever cases. Secretary health department Imran Sikandar also told this. “Presently 120 dengue patients are also in hospitals in the province. 65 of them at the hospitals in Lahore,” top health official of the province said.