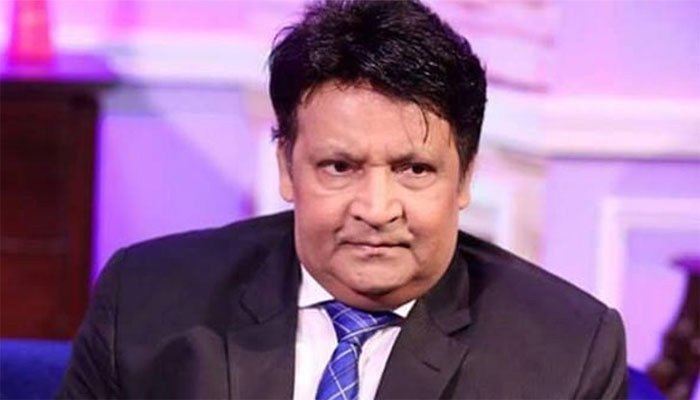 KARACHI: On Tuesday, Doctors have given a clean chit to the ailing comedian Umar Sharif for travelling to the United States for his advanced treatment, Daily Times reported.

Earlier yesterday, Sharif was halted from travelling to the US by the panel of doctors treating him at Karachi’s private hospital due to low blood pressure. However, the family of the comedian has clarified that he can now move to the US via air ambulance for heart surgery.

On the other hand, Umar Sharif’s wife Zareen Ghazal maintained that the health of her husband is better now and she will accompany him to the US in the air ambulance.

Meanwhile, the couple has undergone COVID-19 tests too before leaving for the US. The ambulance will depart for the United States from Karachi at 11 in the morning today.

Earlier, the ambulance administration was requested to wait for a day by the doctors. Zareen Ghazal had said that it would be a huge financial loss if the air ambulance departs without carrying Umer Sharif to the US for medical treatment.