Lahore has reported majority of the dengue cases 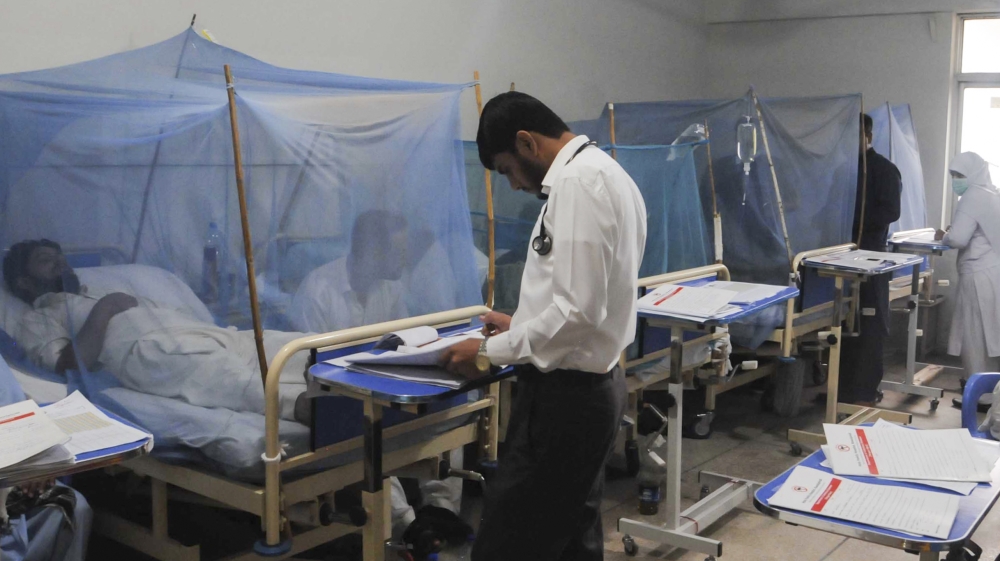 “Yesterday also Lahore reported 160 dengue fever cases,” Secretary health department Imran Sikandar said. “Presently 120 dengue patients are in dengue wards of the hospitals in the province. 65 of them are at the hospitals in Lahore,” top health official of the province said.

“This year Punjab has reported 1300 cases of dengue hemorrhagic fever. Out of them, Lahore has 1077 cases,” the health secretary said.

A patient yesterday died of dengue fever in Islamabad. The patient was under treatment in Holy Family Hospital. He was a resident of sector G-12.

Three patients have also died of the mosquito-borne viral infection in Islamabad over the past two weeks, the sources said. Sources added that two of the victims hailed from rural areas while one from an urban area.

As many as 207 cases of the disease have been reported during the ongoing season. Of them, rural areas reported 146 cases, whereas urban areas reported 61 cases.

Delay in fumigation by the administration resulted in an upsurge in dengue patients this season, the sources said.