* Qureshi reminds int'l community to engage with new reality in Afghanistan, so that things do not 'fall apart' 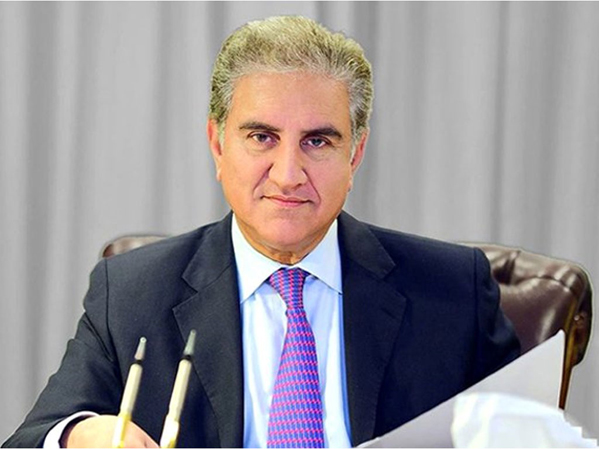 Foreign Minister Makhoodm Shah Mahmood Qureshi has once again urged the international community to engage with the new reality in Afghanistan and unfreeze the assets so that things did not fall apart.

Appearing in Al-Jazeera talk show programme, the foreign minister said they have been urging the ‘international community to engage with the new reality in Afghanistan, so that things do not fall apart and so that there is semblance of order’.

The foreign minister expressing his view over freezing of about $10 billion in Afghan assets said “Afghan needs an economic injection and that money could become handy if available. Unfreeze it and make it available for the Afghan people. There is a humanitarian crises in the making and use that money to address the crises.”

He suggested that there could be ways and means to ensure that the money be reached to the needy and not misused and in this connection, the UN could play a role.

Foreign minister Qureshi, to a query replied, that it certainly concerned them if there was a total economic collapse in Afghanistan.

“The collapse could lead to exodus, a huge influx of refugees moving in different directions towards, Pakistan, Iran and Tajikistan. It could destabilize the entire region. And we are very concerned about that,” he elaborated his point of view.

He further said the economic collapse could give space to terrorists. It would have serious consequences not only for Pakistan but for the entire region. The consequences could roll out of the region, he cautioned.

To a query, Qureshi said that there was uncertainty when Taliban took control of the government on August 15, but the anxiety had gone down due to the reasons that there was no bloodshed and chances of major civil war had been averted.

Moreover, there was announcement of general amnesty and commitment by Taliban that there would be no revenge. There was more calmness, he added.

“So I don’t think people are restless at the moment, but yes, things remain uncertain and if not some challenges are not addressed—taken rigidly, they can take the different turn,” the foreign minister opined.

About recognizing Taliban set up by Pakistan, the foreign minister said “We are watching and observing as the things unfold and we will take a decision at an appropriate time.”

About US’s invasion of Afghanistan after 9/11, the foreign minister observed that perhaps, they had no choice as there was compulsion due to public opinion.

Responding to another query about allegations of Amrullah Saleh, former acting president of Afghanistan, Qureshi said that he used to speak of someone else’s language. He was briefed by India and on their payroll.

The foreign minister said Pakistan had undertaken a number of operations to clean up its tribal areas of terrorists and it did it successfully at the cost of huge losses.

The safe havens and fighters were operating across the border of Pakistan and were inside Afghanistan, he said, adding Pakistan had identified those safe havens which were used against it.

About an inclusive government in Afghanistan, the foreign minister said that gradually, it appeared Taliban had accepted the idea mentally over inclusion of ethnicities.

“Pakistan has been advocating for more inclusive approach,” he said, adding in politics, you have to make compromises and make moves to accommodate all points of views from both sides.

He asserted that Pakistan would do whatever it could to achieve peace and stability in Afghanistan. “We have no business in interfering with their internal matters,” he maintained.

Qureshi said it concerned Pakistan if the TTP elements had been set free from jails in Afghanistan.

Qureshi is in London on a three-day official visit after the conclusion of his trip to New York where he attended the 76th session of the United Nations General Assembly (UNGA). During his visit, Qureshi is set to meet the chairman of the British Foreign Affairs Committee, members of the British Parliament, and his counterpart Elizabeth Truss at the Foreign, Commonwealth, and Development Office.

Shedding light on the establishment of the interim Taliban government in Afghanistan, Qureshi said that both Pakistan and the UK have unanimity in goals when it comes to the matter.

“The United Kingdom supports the idea of an inclusive government in Afghanistan, and this exactly what Pakistan wants too,” the foreign minister said, adding that while the two countries may have different approaches to dealing with the situation, the goal is the same.

Qureshi also talked about the probability of a humanitarian crisis in Afghanistan and urged Britain to contact the Taliban government to resolve the issue.